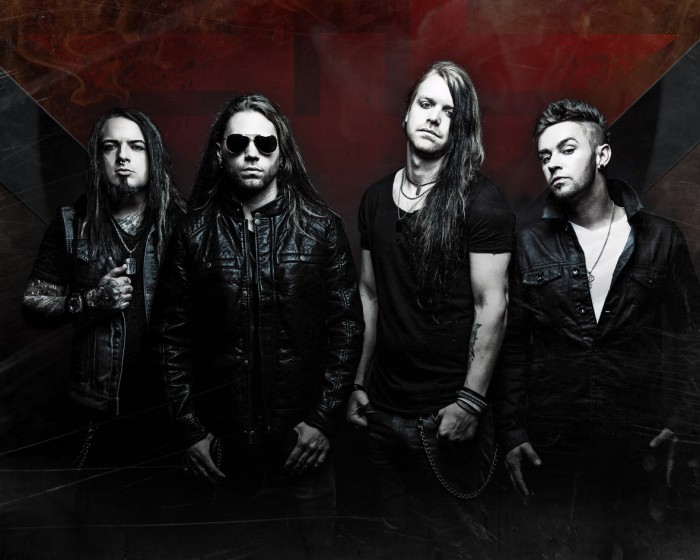 Through Fire have released their new LP ‘Breathe’ via Sumerian Records. Pre-orders are available on iTunes, Google Play and Amazon Music.

The weeks leading up the album’s release have seen the Omaha, NE hard rockers gaining momentum with their single “Stronger” reaching #28 on the Mediabase Active Rock charts and powerhouse rock station Octane (SiriusXM) coming on board to get behind the track. In less than 3 weeks “Stronger” made its way to the #1 most played song on the station and is closing in on the same position for the Big Uns Countdown. With impressive digital sales to match and hitting the top 10 in single downloads for the week, the band garnered the attention of NBC Sports and found song placements with “Stronger”on mixed martial arts matches and The Stanley Cup Finals.

The band will support the new album with an appearance at Danny Wimmer mega fest, Chicago Open Air on July 17 in Chicago followed by a WJJO radio show in Madison Wisconsin. Soon after, the band will be hitting the road with Nonpoint for a short stint and then solidifying a late summer / fall tour.

Never give up… Never give in… those words are the foundation of which Through Fire was born. The four piece quickly caught the attention of several industry executives and recently inked a deal with Sumerian Records. With anthems such as “Stronger” and “Breathe”, Through Fire is here to make their mark in the rock world.