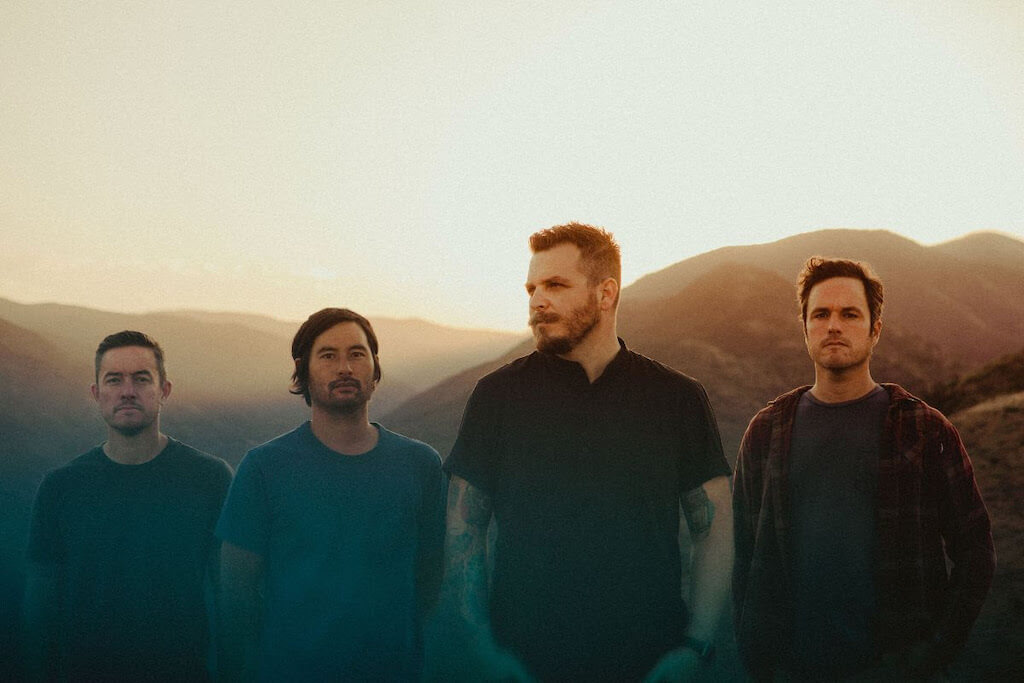 The album exemplifies art as a work of recognition — the human task of perceiving oneself amid details, disasters, and blessings as a relentlessly relational phenomenon among others. In this, Horizons/East is the rare rock album on which interrelatedness is a theme, painting an adventurous and lush landscape mixed by Scott Evans that the band self-produced and recorded at their own New Grass Studio.

Over a dark and intricate braiding of guitar and drum grooves, the lyrics challenge us to discern the issues and information that bonds us versus what disintegrates and destroys.  For vocalist Dustin Kensrue, the song is – but also kind of isn’t – a thing of the past. Whether lost in a media diet that is essentially a disinformation pipeline or, relatedly, trapped in fear of a future of eternal conscious pain, Kensrue speaks of “toxic world views I once inhabited,” and in truth, “a lot of people that I love are still in that place.”

To emerge from a global pandemic with a renewed sense of situational awareness, hard won insight, and a new album is the kind of move we’ve come to expect from Thrice over the last twenty years. With Horizons/East, Kensrue and his bandmates address, with candour and courage, the fragile and awkward arrangements that pass for civilisation, while inviting us to dwell more knowingly within our own lives. Without surrendering any of the energy and hard edge of their previous albums, they’ve given us a profoundly meditative work, which serves as a musical summons to everyday attentiveness.

Some of the writing even began with open-ended challenges that the band laid on themselves like building a song using the quartal chords they found in much of the jazz they loved, or taking the Fibonacci sequence and turning it into a guitar riff.

Thrice seems ever eager to step out into these spaces unknown to them, unsure of where their feet will land, and this new record is no exception. Horizons/East is a soundtrack for deeper dreaming.

“Scavengers” is out today here.