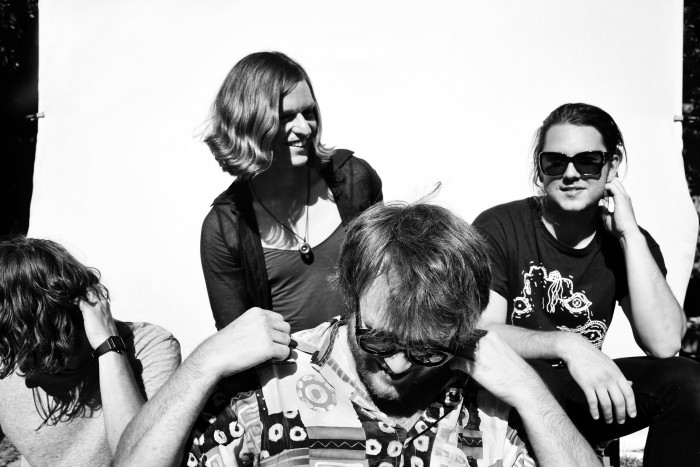 After burning rubber across the endless US highways for the last month, including South By South West in Austin and 20+ other shows, Perth’s The Love Junkies have returned to home soil with a new appreciation for their own beds, recurring nightmares of Walmart car parks, a story about a gun and a snake, rotation on over 40 College Radio Stations, and a brand new single and video for “I Had A Party Once”.

Produced by WA legend Dave Parkin (Jebediah, Karnivool, Abbe May, Tired Lion) and lead singer Mitch McDonald (Childsaint, Black Stone From The Sun, Pat Chow), the second single from The Love Junkies anticipated third LP has everything you want from the boys – a scream, a killer riff, and a solid bash on the skins – and this time with a touch of regret.

The video takes the garage-genre literally, with the band in a dingy spider-infested garage performing the new track in a less-than-serious way and featuring some incredible op-shop outfits – including Robbie showing off his legs in a panda nightie and Harley rocking some dazzling high-waisted floral pants.

Written about a “shitty romance and all the repercussions”, McDonald notes that “bad decisions made under the influence always make for good song writing”. Brutal, yet pretty, “I Had A Party Once” paints a clear picture of where the forthcoming new album is bound to end up.

Friday May 13th – Perth WA – The Garage, Osborne Park (All Ages)
with Figurehead and Uncle Jeffrey and Moth

Tickets available via venues or www.thelovejunkiesmusic.com