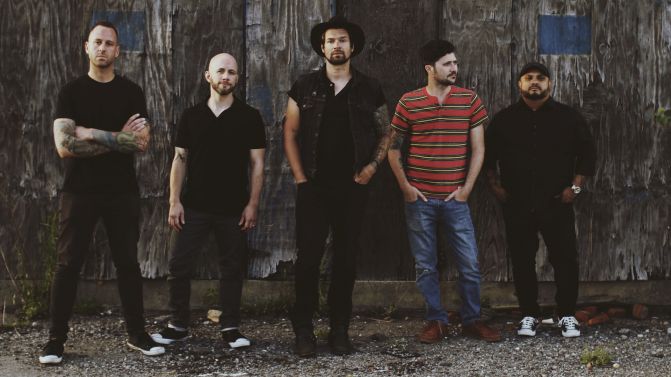 TAKING BACK SUNDAY, are returning to Australian and New Zealand shores in March 2017, bringing with them a catalogue of chart topping hits from their vast discography plus material from their highly anticipated 7th studio album, Tidal Wave.

While most of their peers have either broken up or faded away, TAKING BACK SUNDAY have been continually reinventing themselves with each release. Their seventh studio album, Tidal Wave, is no different. The album marks the first time that TAKING BACK SUNDAY wrote in the studio as they recorded, showcasing a fluidity when it came to songwriting and a heightened degree of collaboration and creativity. As frontman Adam Lazzara explains, “We could come up with an idea, perform it and then listen back to it immediately instead of feeling boxed in by what we did on demos.”

The resulting 12 track album is the band’s best work yet, with the band enthusing, “We really can’t wait for you to hear it. Everyone is working hard to categorize where this music fits and all we can say is we wrote from the heart and did the best work we could.”

Few bands from the early 2000’s emo/pop-punk scene have a legacy as mythical as ACCEPTANCE. Despite disbanding after the release their debut album, Phantoms, it went on to become a cult classic and amass a loyal fan base that remained devoted through a decade of the band’s silence. Having since reunited in 2015 and with a new album on the way, don’t miss ACCEPTANCE for the very FIRST TIME on Australian soil.

With a manic and thrilling live show, don’t miss TAKING BACK SUNDAY this March with very special guests ACCEPTANCE, in one of the most anticipated rock shows of 2017!

*Acceptance not appearing in Auckland