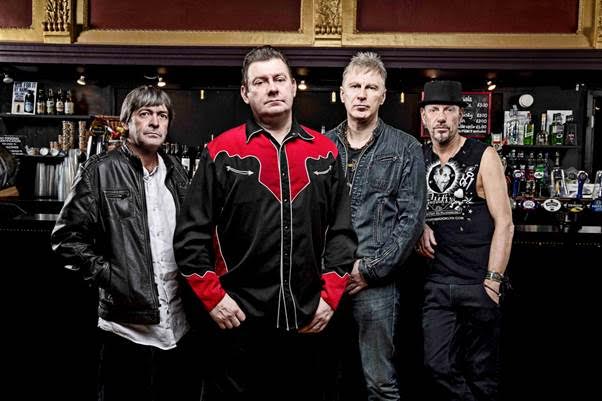 Formed in 1977 in Belfast, Ireland STIFF LITTLE FINGERS were at the forefront of the punk movement. Contemporaries of the Clash, Sex Pistols, The Jam, Buzzcocks, Undertones, Sham 69 and Stranglers, they wrote initially about their own lives growing up at the height of The Troubles in Northern Ireland. In November of ’77, they released “Suspect Device” and “Wasted Life” on their own Rigid Digits label, and sent a copy to BBC Radio One DJ John Peel, who started playing it every night.

These were the first of what became SLF’s signature style: lyrics that meld the personal and political, music that combines the energy of punk with infectious hooks, and delivery that rings of honesty and commitment. In 1979 they became the first band ever to hit the UK Top 20 album charts on an independent label with their debut “Inflammable Material”. The album chronicles the band’s anger and frustration at “the Troubles” in Northern Ireland, and calls on youth to create their own reality.

Bad Religion and Rancid have both credited STIFF LITTLE FINGERS as a major influence. ASTIFF LITTLE FINGERS live shows continue to be a special event of energy and power and they are more in demand than ever. Highlights from their latest studio album, “No Going Back” will sit alongside anthemic favourites such as “Alternative Ulster”, “Wasted Life”, “Tin Soldiers”, “Nobodys Hero” and “Suspect Device”.

“We are a punk band that’s been doing it for thirty-seven years. We have always tried to play music that entertains, but means something in terms of social commentary.  Sometimes we are called a “Political” band, but I would say “political” with a small “p” … we don’t play a lot of love songs” (Jake Burns)