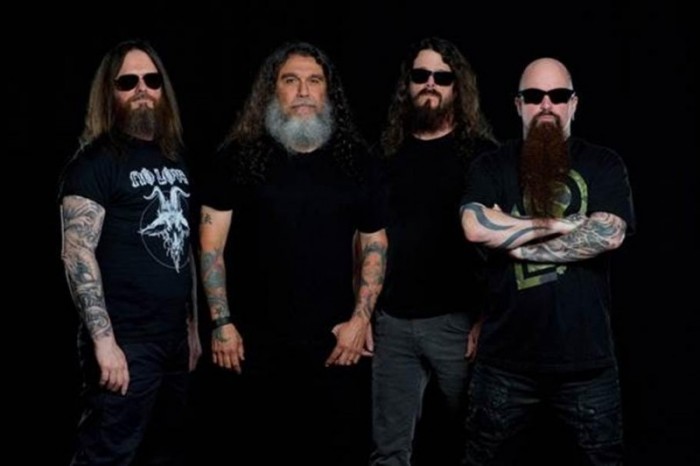 Yesterday, in near 100-degree heat and high humidity, a riot broke out in the exercise yard of the Sybil Brand Institute, the women’s prison in East Los Angeles, where SLAYER shot the music video for the new track ‘Repentless.’ In fact, while SLAYER performed the track under that punishing sun over an eight-hour period, the “prisonersˮ had to stage a riot for somewhere north of twelve takes before director BJ McDonnell finally called it a wrap. But that was all pretty much in keeping with McDonnell‘s brutal vision for the clip, a vision that many in the veteran cast and crew referred to as “more like something for a feature film than a rock band’s music video.ˮ 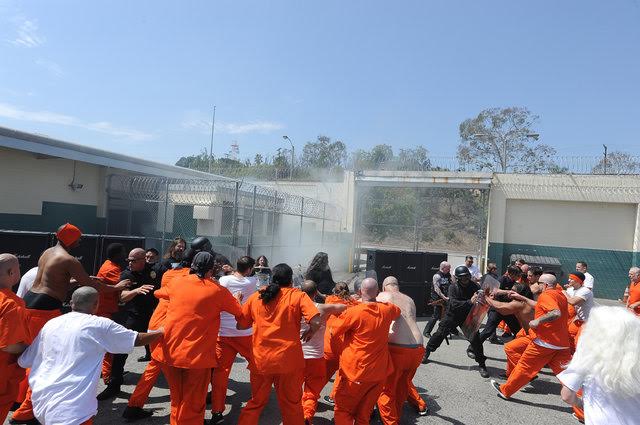 This is McDonnell‘s first stint directing a music video. He directed the 2013 horror film »Hatchet III,« and his rich resume as a motion picture cameraman includes »Avengers: Age Of Ultron,« »Ant-Man« and »The Interview.« ForSLAYER‘s ‘Repentless,’ he and the video’s producer Felissa Rose pulled together a gang of actors and crew who have been part of some of the most iconic horror films ever made: Derek Mears (»Predators,« »Friday The 13th«), Tyler Mane(»Halloween«), Jason Trost (»Hatchet III«), Danny Trejo (»Machete,« »From Dusk Till Dawn«), Tony Moran(»Halloween«‘s Michael Myers, »American Poltergeist«), Sean Whalen (»Men In Black,« »Halloween II«), and Vernon Wells (»Mad Max 2,«»Commando,« »Weird Science«) all are featured inmates in the video. And if that wasn’t enough, McDonnell and Rosebrought in stunt coordinator Nils Allen Stewart who is known for his work on films like »Planet Of The APES

SLAYER‘s prison yard performance is just one facet of what promises to be a grizzly video. While McDonnell and Rose are keeping full details about the video tightly under wraps until its premiere, it’s safe to say that there was a lot of blood spilled within those prison walls.

The date for the premiere of SLAYER‘s ‘Repentless’ music video will be announced shortly. »Repentless«, SLAYER‘s 11th studio album, is due out 9/11/15.