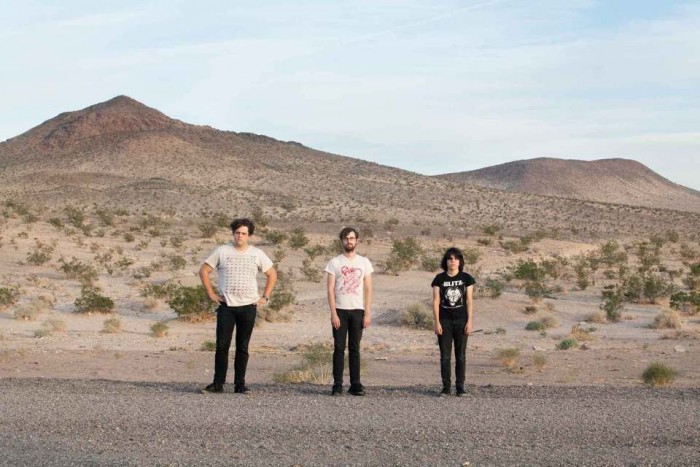 To celebrate their impending visit, Screaming Females have today, unveiled “Skeleton” , the B-side is taken from their exclusive Australian Tour edition of Rose Mountain, available on July 22nd digitally and only in Australia.

Their blistering-yet-mannered rock onslaught has been critically acclaimed for years, both in a live setting as well as on record. Their 5th full length, Ugly, recorded by lauded engineer, Steve Albini, captures the ferociousness of their live performance while delivering gorgeous sonic clarity. On their latest release though, Rose Mountain the trio worked with producer and engineer, Matt Bayles (Mastodon, Sword, Minus The Bear, Soundgarden), to delve deeper than they ever have before into the intricacies of guitar tones and drum sounds. Rose Mountain sees Screaming Females produce a record that is their most concise, crisp and melodic yet.

So if you, like us, haven’t seen Screaming Females live, the trio played two shows in Chicago atThe Hideout back in 2013, which were recorded by Steve Albini and released as a live album. We’ve been told Live At The Hideout is the best representation we’re going to get of the band’s crazy onstage antics, mind bendingly crafty, shredding solos and the canyon-spanning vocals of Paternoster. Check it out and see why we’re so damn excited for this tour to come around this August.

Saturday, August 6 – Melbourne @ The Curtin #
with Camp Cope & Two Steps on The Water

Sunday, August 7 – Ballarat @ The Eastern *
with The Second Sex & Trucks

* tickets on the door
# tickets on sale now via www.futurepopes.com/tickets