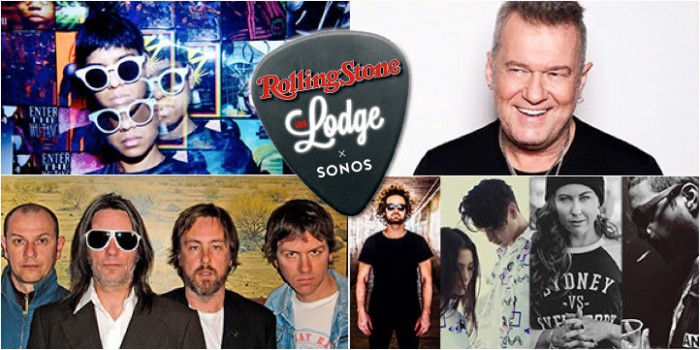 On Tuesday 27 September Rolling Stone are proud to present In Conversation with Jimmy Barnes – a rare chance to get up close and personal with one of Australia’s most loved rock‘n’roll legends whilst he reads from his forthcoming autobiography Working Class Boy. Fans will have the opportunity to purchase up a signed copy and be involved in an Audience Q&A, with some very special surprises to be revealed on the night.

From supporting The Prodigy to playing the main stage at Splendour in the Grass, Ecca Vandal doesn’t just push boundaries – she smashes them with a sledge hammer. She’ll be bringing her explosive live show to the Rolling Stone Live Lodge on Friday 23 September with support from Melbourne future soul outfit Mosé + The FMLY.

The Fauves will celebrate the 20th anniversary of their legendary LP Future Spa at the Rolling Stone Live Lodge on Saturday 8 October. Synonymous with ‘90s alternative Aussie rock, they will be performing the ARIA-nominated Future Spa in its entirety, with a splash of some of their greatest hits.

The first announcement of the 2016 Rolling Stone Live Lodge includes exclusive shows from REMI, presented by House of Beige, Flyying Colours previewing their new album, Kim Salmon performing songs from his expansive catalogue that includes both his solo work and tracks by The Scientists, APES previewing their anticipated debut album, Briggs and Trials’ new collaboration A.B. Original, An Intimate Evening with Jon Toogood (Shihad) featuring a live Q&A, a special performance from Oh Mercy & Friends, the electric Ella Hooper and her New Magic Band, and Victorian rockers Stonefield presented by Yamaha Backstage, who are set to unleash brand new material. The Rolling Stone Covers Exhibition will be shown this year in the SONOS Lounge, a room within the Rolling Stone Live Lodge that has been designed by their team to host exclusive events, including this exhibition which is being shown for the first time in inner-city Melbourne. 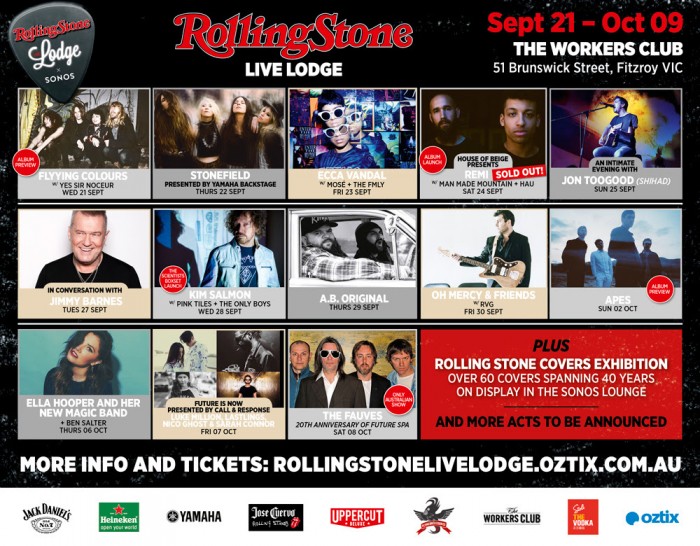 Tickets on sale now through Oztix