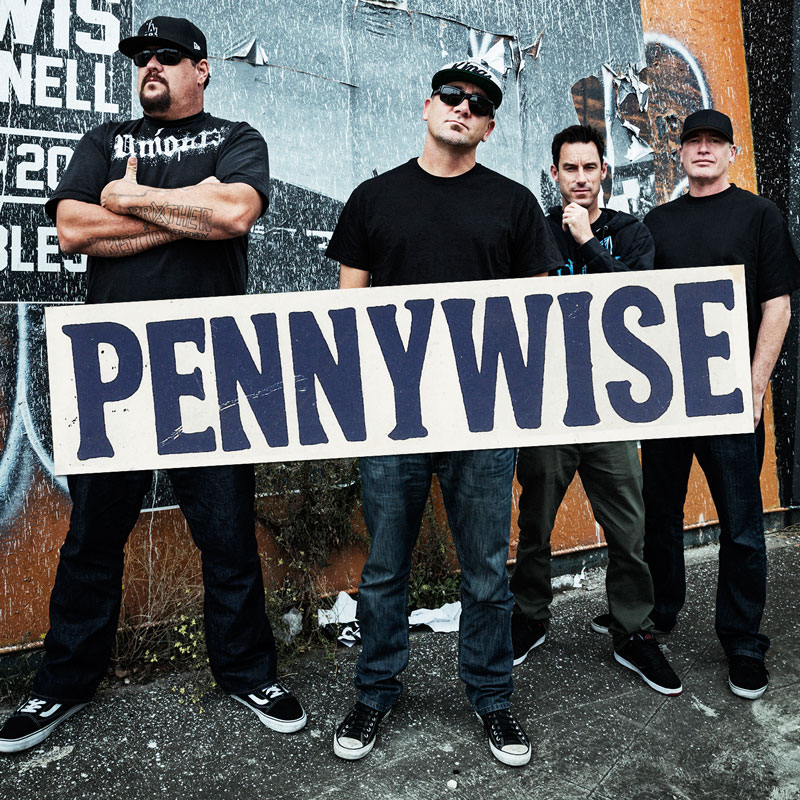 The mid 90’s were the zenith of the US led punk rock explosion. Pennywise were at the forefront of the charge and in 1995 released About Time an album that refined and defined the So-Cal melodic hardcore sound that spawned a movement and a thousand copy cats.

About Time had the double touch of world renowned producer, Jerry Finn (Rancid, Green Day, Blink 182) and Epitaph/Bad Religion founder Brett Gurewitz and set the standard of what punk rock was to be from that moment on. About Time has achieved Gold Record Status in Australia.

With inspiring songs of positivity and hope like Every Single Day and Try as well as scathing social commentary via Perfect People and Same Old Story, About Time captured the era perfectly and was also the bands final album to contain the invaluable musical and spiritual contributions of the late Jason Thirsk, founding member, beloved bandmate and friend.

After 27 years of PMA (Positive Mental Attitude) Pennywise’s latest album, 2014’s Yesterdays is a ‘new album of old songs’ proper recordings of songs written in their early days (mostly by Thirsk) that never made it off the cassette they were taped onto at rehearsals and capture the bands original spirit.

Pennywise will be giving About Time and songs from Yesterday’s a tonne of stage time when they return in September, with long time friends, Anti-Flag

Anti-Flag’s tenth album American Spring was released in May this year and like the positively focused Pennywise, is an energetic antidote to the crippling cynicism that infects even the most dedicated of rabble-rousers

Anti-Flag are the proud torchbearers for progressive collectivism, radical change, and free expression with heavy social responsibility. Injecting the underground and the mainstream with politically charged, deliberate, smart-but-no-less-visceral neo-punk.

Anti-poverty, anti-capitalism, anti-war, Anti-Flag… Anti-Flag shows are a celebration of a collective that care about more than just their selves. A safe space where all can be free to be who they are. Free from racism, sexism, homo and transphobia, bigotry of any kind.

Don’t give up, the war worth waging is right here. Stand with Anti-Flag against apathy and be part of the global change that’s coming.

Tickets on sale Tuesday 14 July @ 9.00am from
www.tickets.destroyalllines.com 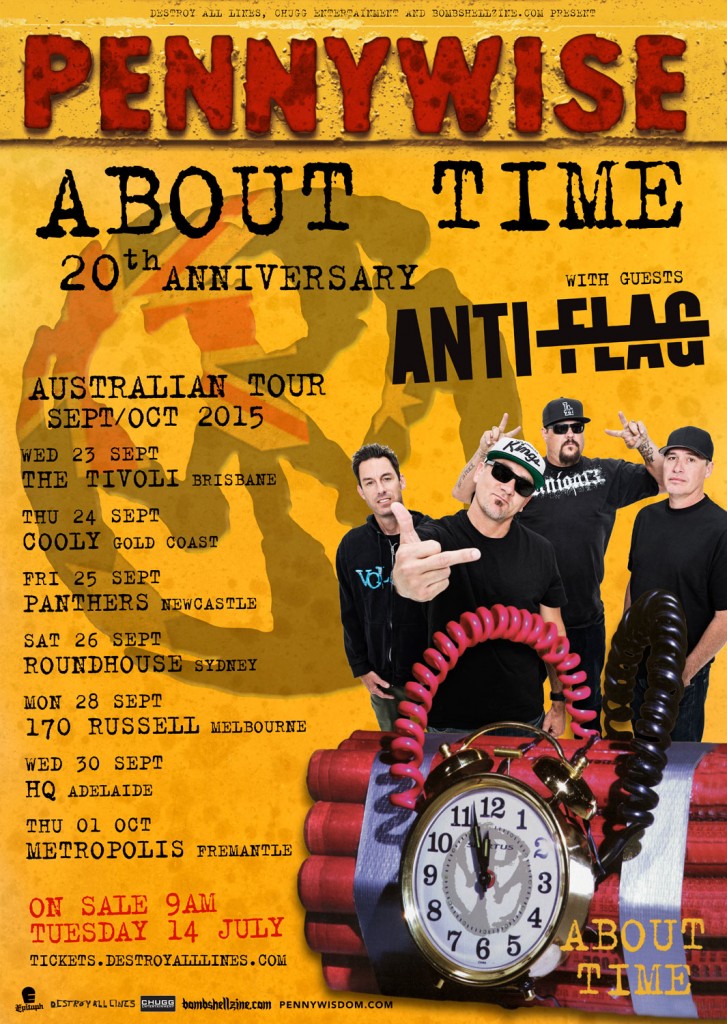