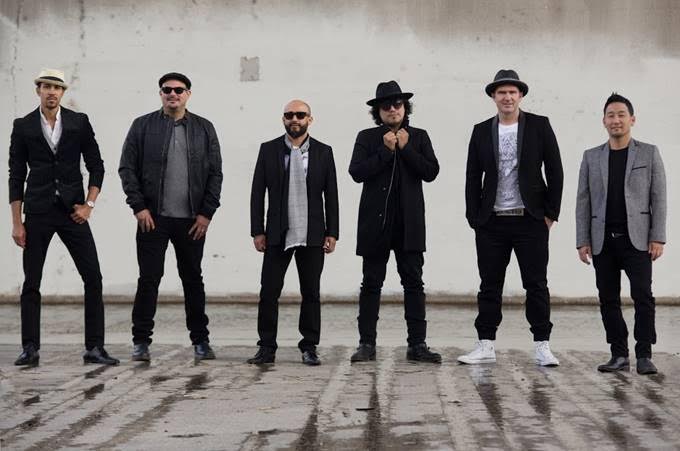 Grammy-winning Californian groove makers OZOMATLI will be heading back down under later this year for a tour of the East Coast, bringing a full live band and epic set of hits that feature their signature sound combination of Latin salsa, urban hip-hop and jazz-funk.

Since their inception in 1995, OZOMATLI have defined innovation and creativity. The seven-piece have continually forged new sounds and concepts, resulting in seven riveting studio albums.

OZOMATLI is currently in the studio working on their latest recording: Ozo-fied Volume 1: A Century of Mexican Classics, an album of classic Mexican hits reimagined with a reggae dancehall vibe. Produced by drum & bass reggae legends, Sly & Robbie (Bob Dylan, The Rolling Stones, Peter Tosh, Jimmy Cliff, Madonna, No Doubt) and will feature various high profile guest vocalists – not one to miss and will hopefully be hinted at their tour in October!

Australian fans have previously embraced the seven-piece with a list of previous tours across the country and festival runs, such as Bluesfest and Falls Festival. Now, they are heading back to our shores once again and fans have never been more ready. As Ozomatli percussionist and MC, Justin Poree, puts it, “Anyone who is eight or 80 will recognize “Sabor a Mi” or “Besame Mucho.” These rhythmically and melodically rich songs bridge the generational gap, captivate all who listen, and beautifully mesh a variety of rich cultures. Don’t miss OZOMATLI in 2016.