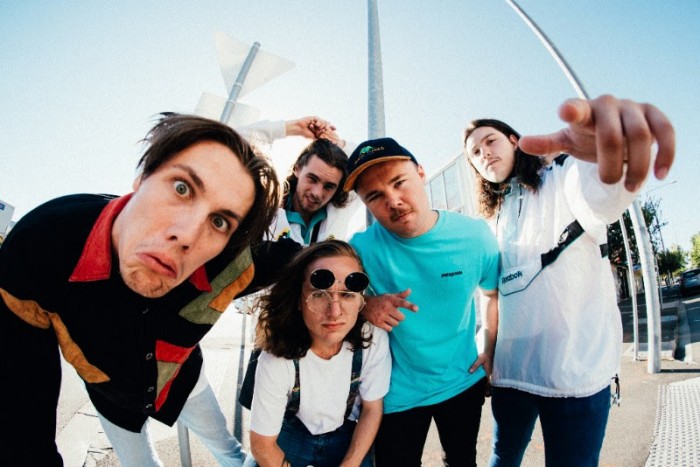 Audiences (and venues) beware, as those warped Melbournians in OCEAN GROVE and their white hot brand of odd world music will be invading Adelaide, Melbourne, Sydney and Brisbane this September and October, in celebration of their new single, “Lights On Kind Of Lover.” Joining OG across all five dates will be good friends, and Adelaide’s most exciting new hardcore racket, REACTIONS.

Having impressed every audience they’ve been thrust in front of over the past twelve months, it was OCEAN GROVE’S recent, head-turning performance on the mammoth Equinox tour – where they joined Northlane, In Hearts Wake and Hands Like Houses – that has truly marked their arrival at a national level, with The Music stating, “A genre unto themselves, the band seemed to exude everything that was great about the ‘90s. Boasting discordance at all of the right moments, nu-metal rap and the modern breakdown flair, they were difficult to ignore. The vast combinations of styles worked in their favour, with the crowd kept engaged in an electric, youthful kind of energy.”

REACTIONS may be an unfamiliar name to some, but for those more entrenched in the hardcore community, the five-piece is one of the more hard working and unique acts to have spawned from the city of churches this decade. Tours with Xibalba and Antagonist AD took the band cross country, while local supports with Code Orange, Comeback Kid and scene stalwarts, Sick Of It All, have allowed REACTIONS to develop a live show that can rival many of their more heavily fancied, international counterparts.

The spotlight now belongs to OCEAN GROVE. Miss these shows at your own peril.