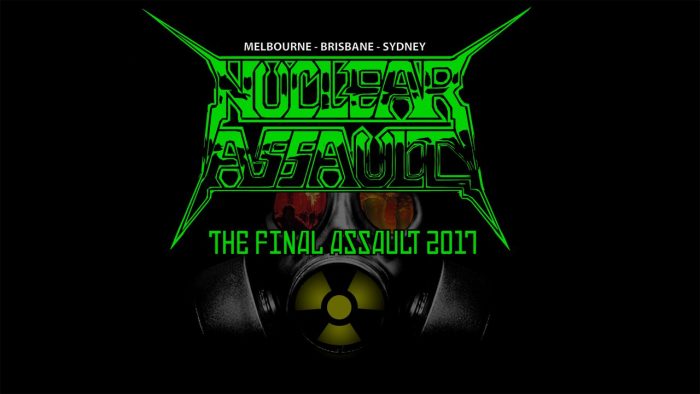 One of the most iconic bands of the US Thrash Metal movement, Nuclear Assault, will be coming to Australia for their first and last time in February 2017.

With a 30 year legacy behind them, Nuclear Assault are hanging up their instruments. This is your one and only chance to see them in Australia, they won’t be coming back!

Featuring founding members John Connelly on vocals and guitar and legendary bass player Dan Lilker, who is also known for his work with Anthrax, S.O.D and Brutal Truth, plus the inhuman drum machine Nick Barker who has blasted for Cradle Of Filth, Testament, Dimmu Borgir and more, Nuclear Assault is a honed musical weapon primed to devastate the Australian landscape.

With the release of their 1986 debut, Game Over, Nuclear Assault cemented an immediate global reputation for possessing impeccable, precision thrash riffs and undeniable, authentic hardcore cred, combined with biting social commentary and an irreverent sense of humour.

Along with Anthrax and Overkill, Nuclear Assault formed NYC’s ‘Thrash Trinity’ and with album sales pushing close to the million unit mark, they are rightly regarded as metal royalty.

Now Australian fans thrash prayers have been answered, the Assault is coming to town! Playing all the classics from Game Over, Survive, Handle With Care and Out Of Order, it’s strongly suggested that fans get their tickets early as this is their ONLY chance to see these legendary thrashers on Australian soil!

In the words of Dan Lilker, We’re going out with a bang! Stand by for the Final Assault!

Check out Nuclear Assault at Brutal Assault in 2015 for a taste of what to expect!

A Message From Danny Lilker to Nuclear Assault’s Australian fans! 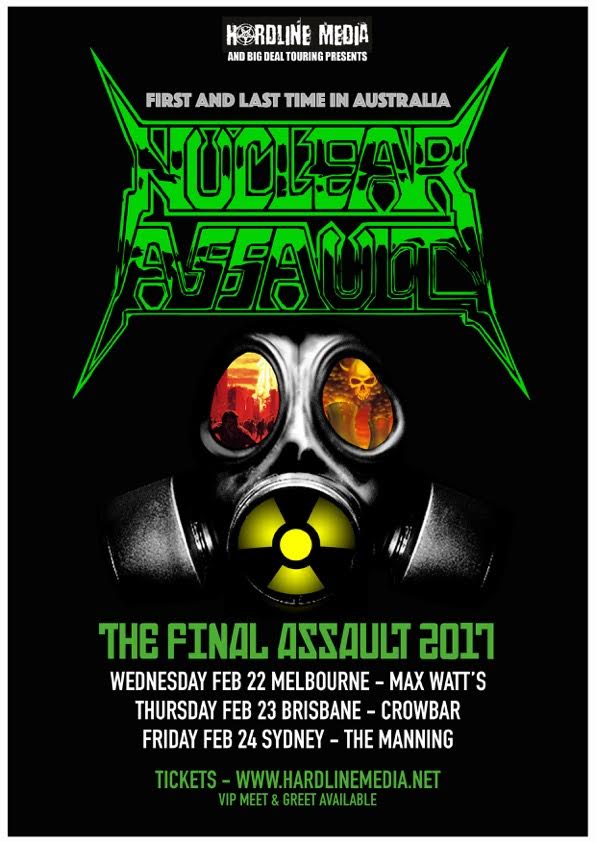