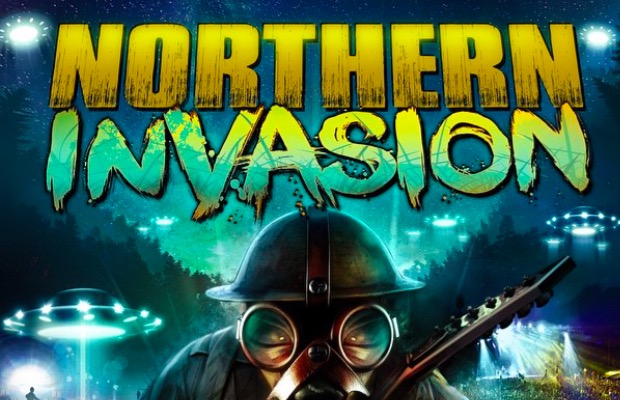 The lineup of festival experiences and The Road To Northern Invasion Battle Of The Bands, hosted by 93Xin Minneapolis have been announced for the second annual Northern Invasion, Saturday, May 14 and Sunday, May 15 at Somerset Amphitheater in Somerset, WI, just outside the Twin Cities. Northern Invasion will feature the biggest names in rock on three stages with expanded campgrounds. After quickly selling out its inaugural year with 25,000 fans in attendance, Northern Invasion expands to two full days in 2016.

Concertgoers are encouraged to save money by purchasing Northern Invasion tickets now at www.NorthernInvasion.com. Ticket prices will increase on Monday, April 11 at Noon.

The Road To Northern Invasion , hosted by 93X in Minneapolis, will offer one lucky band the chance to play Northern Invasion. From now until April 10, vote for your favorite band at http://www.93x.com/road-to-northern-invasion/. The Top 5 bands will play a live showcase at Mill City Nights in downtown Minneapolis on April 29, with the winning band receiving the coveted performance slot at Northern Invasion.

Northern Invasion is proud to partner with Surly Brewing to debut the “Northern Invasion Pale Ale.” The NI Pale Ale, a highly aromatic pale ale with citrus and pine flavors is Surly’s take on the classic pale ale style and is an exclusive canned beer just for fans of Invasion. The limited edition beer will only be sold at concession stands during the 2nd annual Northern Invasion in Somerset, WI.

The Northern Invasion Camping area will be open from Friday, May 13 at 12:00 PM CT through Monday, May 16 at 12:00 PM CT. Camping packages are sold for spaces on-site as well as adjacent to Somerset Amphitheater on the Float Rite grounds. Upgrades and camping packages include access to the Friday Night Bonfire Party.