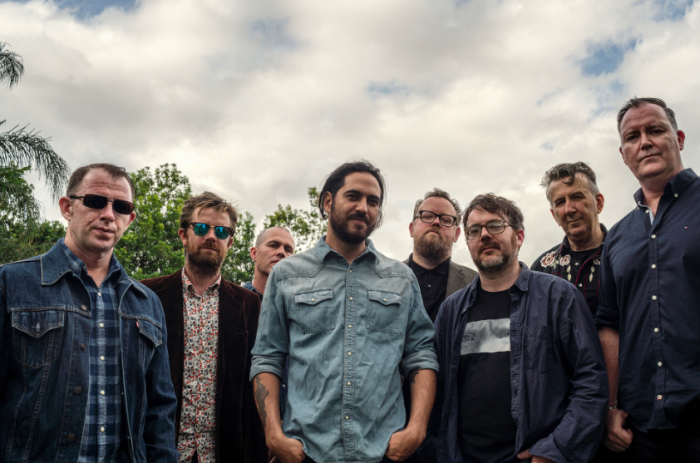 Sixteen years is a long time for a band to be around these days. Those that are have migrated to the RSLs and are relying on their hits to headline seafood festivals. It’s pretty rare to find a band both whose popularity and songwriting is continues to hit peaks over a decade and a half in, but that’s just where Brisbane’s Halfway find themselves. With a lauded five-star ARIA charting epic ‘The Golden Halfway Record’, and a brand new single ‘Welcome Enemy’, the band continue to tread their own path…. They’re too country for hipsters. They’re too rock for the country crowd. They’re too old for Triple J. Too young for the heritage scene. And yet critics fawn. Audiences flock. They are the musicians musicians love. True music fans GET IT.

“Our songs have developed over the last sixteen years because we have,” says principal singer/songwriter John Busby. “When you’re nineteen years old you’re writing about girls, the town you’re living in or the party you’re going to on the weekend. moving forward a couple of decades and not only do we have new experiences that can only come from life stages like family’s, careers and businesses, but you also get new perspective on who you are, where you’ve come from and what it all really means. We still write about the party we went to when we were nineteen, or the town we grew up in (Rockhampton) or the…. characters we’ve met… but with a whole new perspective.”

Marketers are tempted to lump them in the “grocery buyers” category. But Halfway are the living, breathing proof that the “listless” Generation X-ers are anything but, pulling live crowds and album buyers from odds stacked incredibly against them. Want to know who all these people are?

See you at the next Halfway gig to find out.

“The Golden Halfway Record is out NOW through ABC Music. Catch Halfway on tour, tickets on sale now.