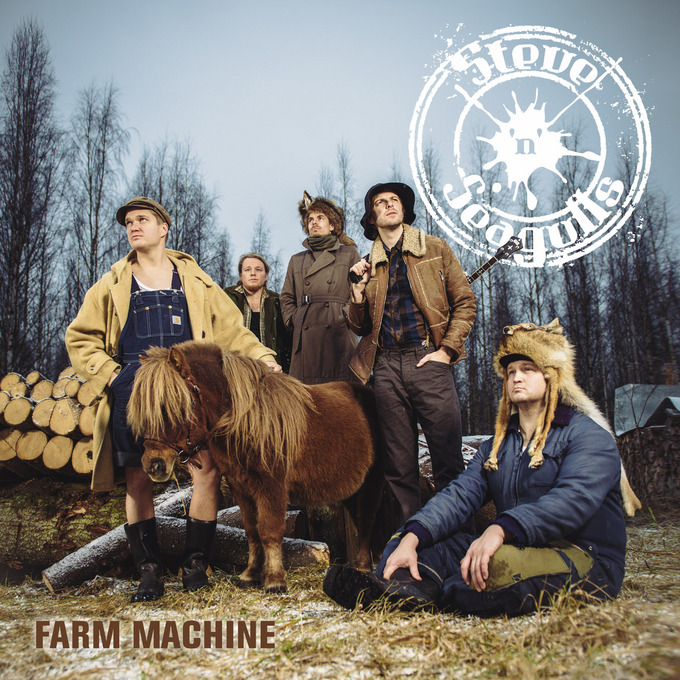 It all started as a bit of fun between friends. A bunch of accomplished musicians from the Finnish countryside decided to play AC/DC’s “Thunderstruck” on the front yard of their home, wore the stupidest outfits they could find, had a pal of theirs shoot the whole thing on video and posted it on YouTube. Next thing they knew, the video went viral. It ramped up five million views in a couple of weeks and earned praise and coverage from the elite of the metal media, with Guitar World, Revolver, Loudwire, Blabbermouth and Metal Sucks picking up on and writing about their efforts.

Steve ‘n’ Seagulls just may have the greatest band name in history (though a certain expressionless action movie hero might disagree). The five-piece act is comprised of an acoustic guitar player who also leads on vocals, a banjo player, a big dude wearing overalls and a beaver hat playing mandolin and/or keyboards and/or accordion, a double-bassist and a percussionist squatting on a cajon drum. Their covers of immortal heavy metal standards seem to work just as novelties at first, but when you pay closer attention to the playing, you’ll be blown away by how air-tight the band is.

In case you’re one of the rare specimens who’ve never participated in a Metallica line dance (a very common pastime in the Finnish countryside), this stuff might beg for an explanation. Despite their Northern origins, these covers sound like they were played on an Appalachian porch in between swigs of hooch. But because a good song is good song, no matter what you play it with, Steve ‘n’ Seagulls just gleefully pick on their instruments and the arrangements end up every bit as catchy and infectious as the originals, just more fun.

Despite the rambunctious nature of the project, it’s not a novelty act, with Steve ‘N’ Seagulls saying, “Even though we like to have fun with music we also truly take it seriously. That’s why we feel that Spinefarm is just the label for us. We’ve been basically working on songs that we find interesting and what makes us feel good and laugh. It looks like accidentally other people found them interesting too. We’re absolutely stunned to be working on our first album with Spinefarm. It’s important to us that label is also all about music.”

So – it’s a Finnish band playing bluegrass versions of metal bands music dressed as American rednecks. Sure – it’s all very “Deliverance” but hey… this ain’t no Georgia. Run to the hillbillies!