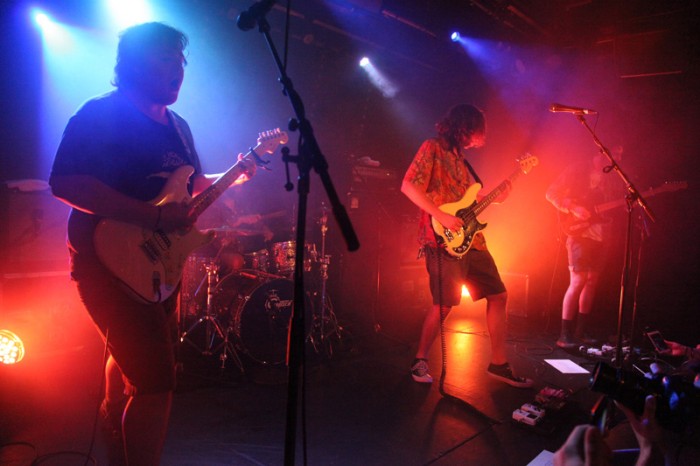 Modern Baseball  played The Oxford Art Factory Thursday night on April 7 to a  SOLD OUT  crowd and SCENEzine managed to get in our reviewer whom is a lover of all things Baseball modern or old fashioned.

I must confess unlike most Australians I have had the pleasure of seeing Modern Baseball before standing beside a food track in Chicago at Riotfest as they played the up coming stage. With Three albums and a few Eps to there name Modern Baseball i think are now more then just up and coming.

They take the stage adjust there instruments an say ‘hey what’s up we have never been here before thanks for coming this is crazy’ and I agree they apologise for cancelling there first trip here but i am sure those in attendance tonight don’t mind as for we are the lucky ones who get to witness something fantastic.

Still astonished by the crowd the finally get into it with Fine Great the energy bops along getting us to bop up an down even more so on the chorus to the sound of this modern punk punk band, the audience recite the opening lines word for word and keep it up on songs Broken Cash Machine, Rock Bottom and Apartment in fact the opening tracks was just like listening to the album You’re Gonna Miss It All.

This audience devotion would continue all night on every track with out a break. Crowd Surfing and stage diving would also be prevalent all night especially on tracks like Alpha Kappa Fall Of Troy The Movie Part Deux, Everyday and Apple Cider I Don’t Mind which were played back to back and come from there Holy Ghost release.

At one point the crowd was asked ‘What is something Aussie should do ?’ to which the response was a chant of shoey! shoey! shoey!  this chant would continue through out the set but it was just after they had finished playing The Thrash Particle an audience member got up on stage and showed them how it was done, for those uneducated with this Aussie custom it is where one pours beer into ones own shoe and drinks from it.

Not only did the punter drinking from his own shoe get a roaring approval from the packed in sweaty crowd but the opening chords to there massive hit Your Graduation had us being even more voisterus singing out ‘You weren’t the only one who thought of us that way i spend most of my nights wide awake‘
more bodies then ever before were jumping up and down crowd surfers going over heads it was moment of absolute unison and one i will never forget.

When a band end with here biggest hit and have played through over 14 of there other great songs your really not sure what to expect with the encore or if they will d one. But it did not take much convincing to get them back out, they say oh my god what are we going to play and start off playing The Killers All These Things That I’ve Done  but it was all a ruse as they finish off the night with The Weekend off there first album Sports.

This 4 piece band from Philadelphia PA have found some love here in Australia with the sold out shows not just in Sydney but across the country. The enthusiasm emanating from the band on the night was evident from start to finish with the crowd matching them on every level maybe even maybe out shining it in certain parts. All in all this was night to remember and cherish as for the next time Modern Baseball come to our shores they will be even bigger.

Check Out our Full Gallery Here Shot By Christian Ross 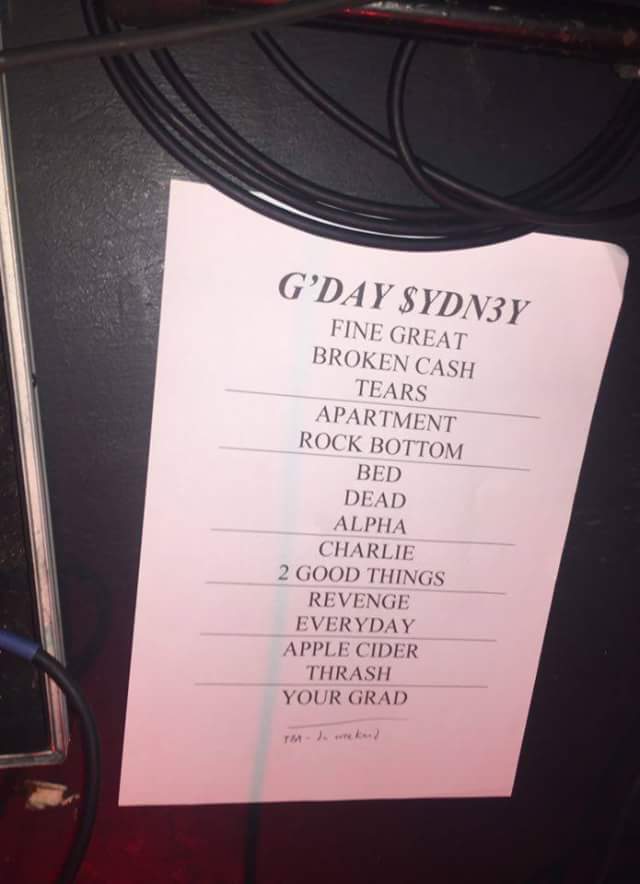