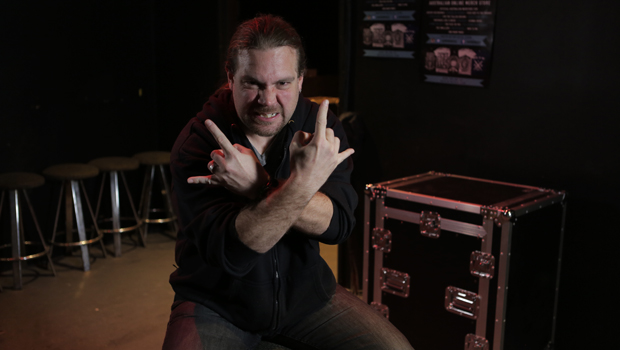 METAL UNITED DOWN UNDER The Biggest Date On The Australian Metal Calendar Just Got Bigger, eight Venues Confirmed, many more to be announced, over 100 acts expected to take part.

MUDU 2016: Saturday, October 15 2016
Metal United Down Under (MUDU) is a national, all-day event across Australia involving up to 15 cities and over 100 bands all playing under the one banner in a night of united metal!

2016 sees Metal United Down Under enter its third year and it’s stronger than ever! It began life in 2014 with 91 bands in 13 cities and grew to 131 bands in 15 cities in the following year!

Making it one of the most ambitious and largest underground music undertakings ever! From Darwin to Hobart, Perth to Brisbane, cities everywhere put on MUDU shows all on the same night, all in the name of the Australian metal scene.

Bands such as Lagerstein, Envenomed, Orpheus Omega, Truth Corroded, Darkc3ll, Our Last Enemy, The Seer, Kyzer Soze, Temtris, Mason, Tyrant and many more were either playing in their own city, travelling to another or even used Metal United Down Under as part of their tour. Some bands used the opportunity to go to a city they hadn’t played before, like Adelaide’s Sickness, who celebrated their comeback after 15 years at the MUDU Sydney leg, while at the same show, local Sydney band Amortuis made their debut!

In 2016, MUDU aims is to support the nations expansive yet largely still underground, metal scene. The community that exists is as diverse and widespread as our country. Bands, fans, and industry all working together with a common goal, to play as many shows as possible on one night under a united banner!
Strengthening the bonds of the scene and making everyone involved feel a part of something bigger than the show they are at. Knowing there are literally thousands of fans watching 100’s of bands at the same time is a feeling MUDU wants everyone to experience!

BE PART OF MUDU
CALL FOR PROMOTERS & SPONSORS
MUDU is looking for more Promoters interested in hosting their own event as part of MUDU 2016.
MUDU is also looking for sponsors to assist in such an epic undertaking.
All enquiries can be directed to events@metal-roos.com.au
Metal United Down Under T-Shirt Pre-Sales will begin soon!
All event updates can be found at the MUDU pages
www.metal-united-down-under.com.au
www.facebook.com/MetalUnitedDownUnder
MUDU is organised, administered and the brainchild of Metal-Roos
www.metal-roos.com.au