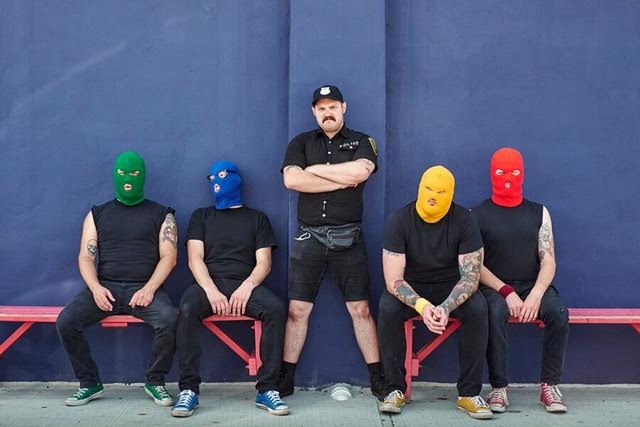 Pop-punk band Masked Intruder will release a new EP titled Love And Other Crimes on July 8th. The band has premiered the record’s first new track, “Take What I Want” and has launched a pre-order for the EP, which can be purchased now at http://maskedintruder.merchnow.com

“We’re really stoked on this EP! We recorded it with Roger Lima, who produced it along with Mike Kennerty. We had an awesome time working on it, and I think that really comes through in the final product. It was mixed and mastered by Stephen Egerton, and he killed it. We basically couldn’t be happier with how everything came out, including the awesome cover art by Danielle Otrakji.

It’s a pretty dynamic record, especially for a 6 song EP. Each song really has it’s own feel, which we hope will appeal to the ladies, and make them want to make out with us.The first track/single is called “Take What I Want” and it’s about stealing, which is cool. Other than that, I think the record pretty much speaks for itself. Cool!” – Blue