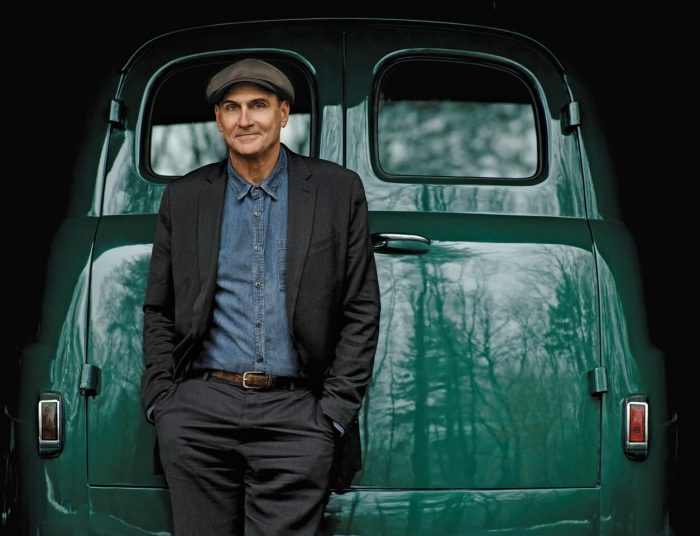 Iconic singer-songwriter JAMES TAYLOR today announced he will return to Australia for the first time in seven years for a series of indoor and open-air performances.

With a career spanning nearly 50 years since first signing to The Beatles’ Apple Records in 1968, James Taylor’s music embodies the art of songwriting in its most personal and universal forms, resonating with people all over the world, while his warm baritone is among the most recognized voices in popular music.

His songs have had a profound influence on both songwriters and music lovers of all generations and from all walks of life; Fire and Rain, Country Road, Something in the Way She Moves, Sweet Baby James, Carolina In My Mind and many more. In 1971 James scored his first #1 single with You’ve Got a Friend, written by long time friend Carole King and earning him his first Grammy Award for Best Pop Male Vocal.

He will also play at A Day On The Green at Sirromet Wines, Mt Cotton, QLD.

Joining James Taylor as very special guest on the Adelaide, Hunter Valley and Mt Cotton shows is singer songwriter, Bernard Fanning. Bernard has accumulated one of the most celebrated and distinct songbooks on the Australian rock spectrum; charting a course from creation to an interactive live experience like no other. With his solo career now spanning ten-plus years, Fanning has firmly cemented his position as one of Australia’s finest songwriters and lyricists. From the country folk-tinged charm of his multi-platinum debut solo album Tea and Sympathy (#1 ARIA debut), to the rock grooves and horn breaks of its follow up, Departures (#1 ARIA debut). Now Bernard has delivered the delicate acoustic guitar track ‘Reckless’ which is the second official single from his ARIA nominated third solo release, Civil Dusk, out now.

Also appearing at the Adelaide, Hunter Valley and Mt Cotton shows is country singer songwriter Kasey Chambers, whose new EP Ain’t No Little Girl has just been released ahead of the January release of her tenth album Dragonfly. Chambers’ story-telling is as integral in her performances as it is in her albums, and has led her to win eleven ARIA Awards, 22 Golden Guitar Awards, two Americana Music Awards nominations and ten APRA Awards.

Telstra Thanks is bringing an exciting 48-hour pre-sale just for Telstra customers from 9am Tuesday, October 25 until 9am Thursday October 27. For more information on how to purchase, visit:telstra.com/music.