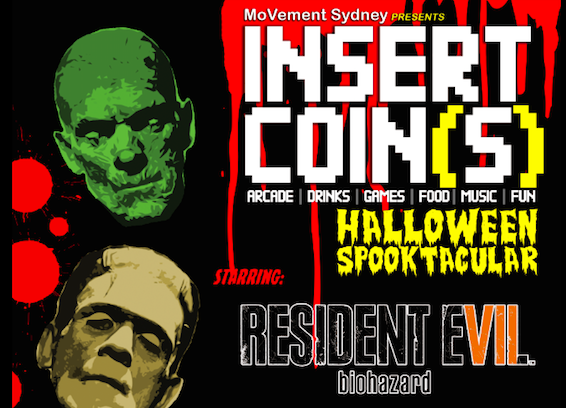 Turn Left in conjunction with PlayStation Australia, Reboot PR, the Oxford Art Factory and MoVement Sydney, are thrilled to announce that Insert Coin(s) will play host to Resident Evil VII: Biohazard at its first-ever Halloween party in Sydney on Thursday October 20th – the birthday of Count Dracula himself – Mr. Bela Lugosi!

There will be prizes for the coolest, goriest, scariest and silliest Halloween costumes too – so get to work on your best, freakiest look! Zombies, Hollywood monsters, sexy Southern vampires, Donald Trump—anything goes!

Plus, our trademark free candy returns, plus delicious NY-style hotdogs off the cart for sale, horror-themed cocktails and spooky horror films on projector all night!

DJ Levins from the Hey Fam! Podcast, GoodGod and Heaps Decent fame will be hitting the decks along with Martin Novosel from Purple Sneakers and resident IC DJ Glenn B Trippin, spinning creepy Halloween tunes, while Insert Coin(s) fills the Oxford Art Factory with eerie wall to wall arcade machines, pinballs, tables, uprights and much, much more.

Tickets are just $15 on the door or via Moshtix for best IC event yet. Doors open at 6pm – and there will be lines! Preorder your tickets now! 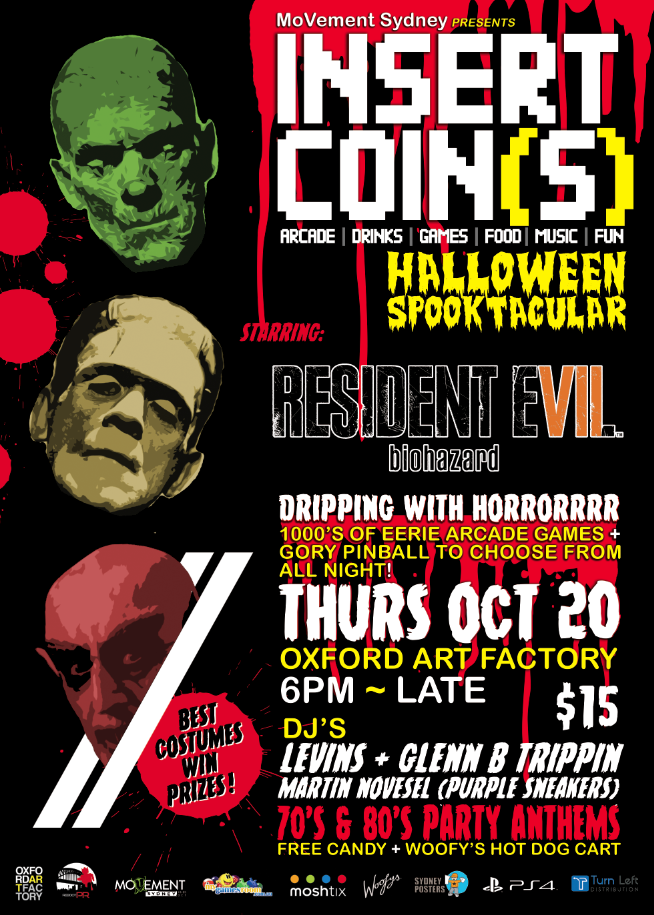