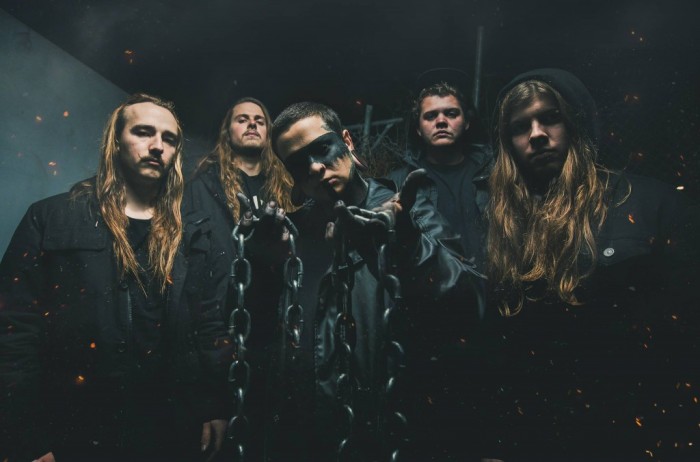 Adelaide’ I Exalt & Sydney’s Justice For The Damned are teaming up for nine Before I Exalt even had their first release out, they had already played along side some of the biggest hitters in the scene including Cattle Decapitation, Thy Art Is Murder, In Heart’s Wake and Bleeding Through. When their debut EP Vessel finally did come out in December 2013 it saw them explode onto the national touring circuit and forge a very committed fanbase that has continued to grow organically and very shows across the east coast next month. rapidly!

I Exalt explore the dark and eerie depths of their chosen genre. Contrasting heaviness and atmosphere, groove and ambience, light and shade with lyrics that inspire a spiritual connection between band and listener, their message is one of strength through overcoming vulnerability, something their loyal fans both appreciate and relate to.

Live, I Exalt are a lethal weapon of high energy, focused and extremely tight musicianship. By incorporating visual metaphors into their stage set, they create a hyper-textual space that involves all of the human senses. With their second EP, Servant due for release in time for this tour, fans can expect to see a band that has significantly upped the stakes.

Sydney five piece, Justice For The Damned have built their sound around heavy riffage and telling stories from their dark pasts which has captured the attention and hearts of their ever expanding fanbase. The band have toured extensively around Australia, supporting Thy Art, Hellions, In Heart’s Wake and many more as well as countless shows on their own. With two EP’s in their catalogue, 2014’s Slave and last years Ruin-Repair, JFTD are on an unstoppable roll. New single, Deep Rotting Fear is testament to their relentless work ethic and creativity.