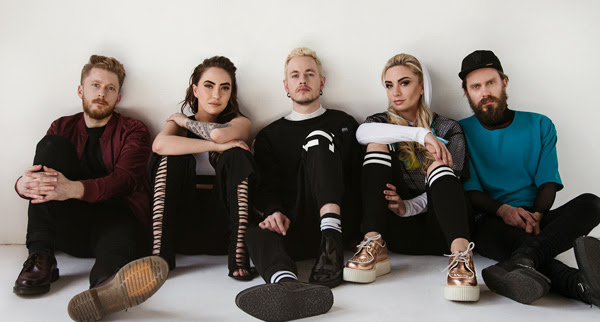 Norway’s HIGHASAKITE today reveal they will play a special intimate headline show for Melbourne fans at the Corner Hotel on Wednesday 4th January, adding to already-announced appearances at Southbound Festival, Beyond The Valley Festival and Field Day over the summer break.

In Australia just last year to play the 2015 instalment of the national boutique Laneway Festival, Highasakite made an impression; the soaring pitch-perfect vocals and commanding on-stage presence of front-woman Ingrid Havik garnering Highasakite rave reviews as one of the most compelling up-and-coming acts in the world. The West Australian noted that the band “sounded fantastic”, while The Daily Mail said, “Norwegians Highasakite brought a highly-energetic performance that belied the sweltering heat”.

Highasakite will return to Australia in January, fresh off the back of a mammoth UK, European and North American tour that has garnered rave reviews and included a mesmerising appearance at Glastonbury Festival in June. “Augmented by an intense light show, vocalist Ingrid Helene Håvik and her cohorts employed their harmonies and multi-instrumental talents to fantastic effect on an eclectic array of material, ranging from dark, impassioned numbers to the upbeat fan favourites…”, said The Line Of Best Fit, of the band’s sold-out London show earlier this year.

Brought to you by The Music & Laneway Presents