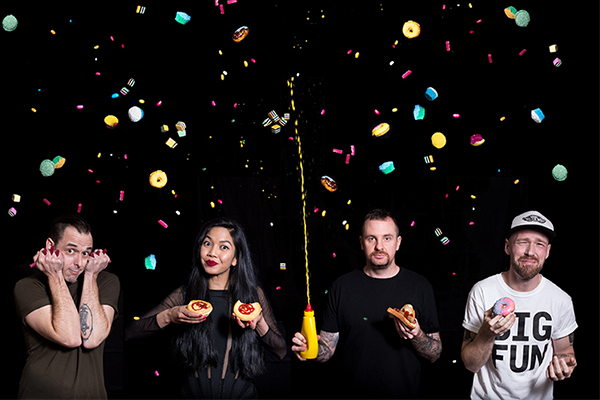 Having returned home from a successful run of sold-out shows across the country with bogan larrikins King Parrot, High Tension are stoked to announce their own set of shows to support their highly anticipated ripper 2nd album, Bully out on July 10.

Throw your moshing shoes on, practice your hair windmills, grab a tinnie and head down to a show near you and witness High Tension chuck you an insanely kick ass live show with plenty of riffage and chops. Hear throat grabbing new tunes such as Sports, the riff-fest ode to giving 110% and Killed By Life, Motorhead style ‘blink and you’re a pussy’ corker.

Bully is the follow up to 2012’s Death Beat, which landed them nominations for Best Hard Rock Album at both the ARIA and AIR awards.