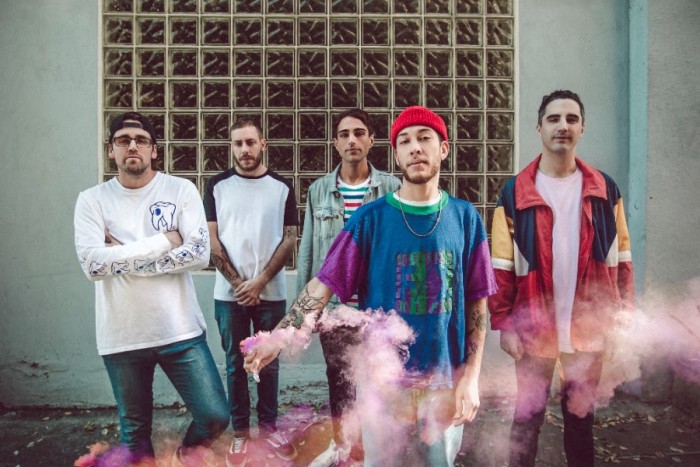 Hellions have revealed their brand new single “Thresher”, the second cut from their breathtaking new album, Opera Oblivia, to be released on July 29 via UNFD, and they will be taking it on the road at the same time on their Australian headline tour. On Sunday night, Hellions unveiled “Thresher” during their interview on 2016 with Richard Kingsmill, who compared the theatrical nature of Opera Oblivia to that of British rock legends Queen.

On “Thresher” guitarist Matthew Gravolin explains: “About Existential disillusionment – the need for constant escape. I had a particularly bad day and opened the floodgates on this one. We were stuck on this track for a while during the writing process, musically it sounded quite sweet so originally I had wanted it to be a love song, but it ended up sounding too sweet and was incongruous with the other songs. After months of being stuck with this lyrically we decided to go in the complete opposite direction and make it as dark as we could lyrically. The contrast between the sentimentality of the music and the rawness of the lyrics made for a much more unique song.”

The album runs riot with its subject matter, from the existential disillusionment of the thrilling ”Thresher” to the self-determination of “Quality Of Life” and the shocking and sad “He Without Sin”. It’s a collection of songs as concerned with the state of the world outside our heads as the one within, and the musical palette reflects this accordingly.

These songs are bangers, basically, even if they don’t always make sense. Just like life.

Opera Oblivia is available now for preorder via 24Hundred and iTunes.