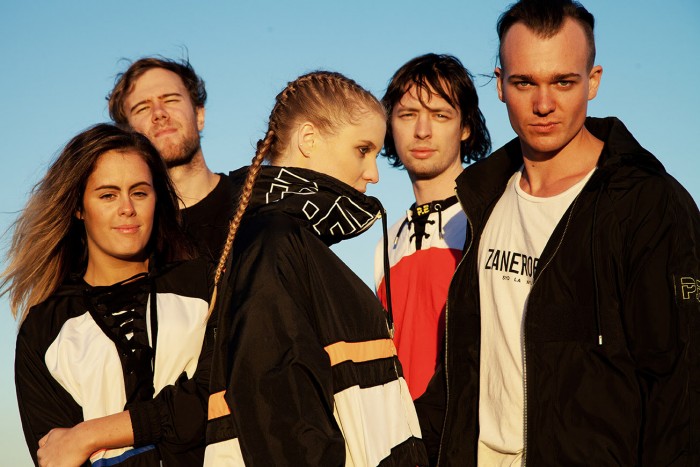 ‘What You’re Hiding’ takes its cue sonically from previous single ‘Summer’s Getting Shorter’, but taking you down a darker path on a brooding post-punk journey of synths and drums. From the first few seconds, the track creeps into your psyche, pulsing along, swirling with guitars, and making you dizzy as it takes hold.

“What You’re Hiding is probably one of our meanest songs – it came from stress and conflict and it definitely has the sarcastic, aggressive tone of a come-back insult. It’s the second side of an argument and it’s really about trying to break someone down by exposing the truth of their character.

As a performer, the ambiguity gives me a lot more space to play with the character – depending on the mood and who’s in the crowd, it can be played as a moment of triumphant, dominant victory or as a slithering introspection.” – Will Colvin (Vocals)

Coming off the back of recent singles ‘Summer’s Getting Shorter’ (which clocked up 17,000 listens on Soundcloud and gained media attention for its flamboyant and oddly disturbing, yet mesmerizing film clip), ‘Look Who’s Back’ (with charted at #2 on the AMRAP charts), and ‘Boyfriend’ (which featured Friendly Jordies in the film clip) – Hedge Fund have been played on Triple J and community radio nationally, have been covered by local and international online outfits, have supported British India and Dappled Cities, and have toured the East Coast and NSW extensively.