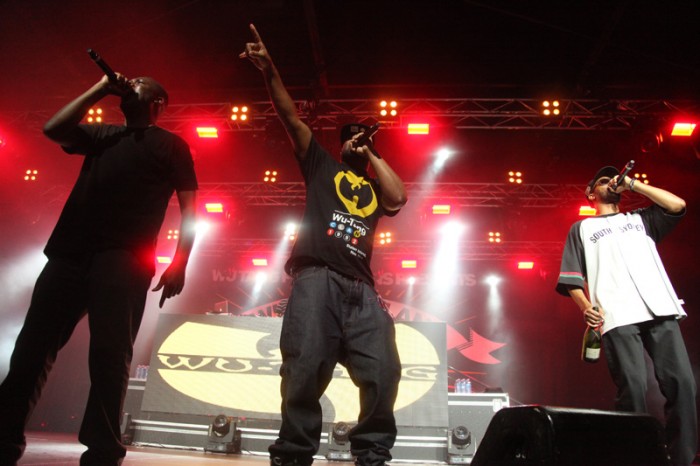 If you want noise then bring the ruckus, Wu Tang clan still prove they ain’t nothing to fuck with. Not that there was any ever doubt a Wu tang show would be anything but awesome no matter the venue, it had been 5 years since Wu Tang had graced our local stages this year the line up of the Hip Hop super group included five present members – Ghostface, RZA, GZA, Masta Killa,  Raekwon and backing them up on the decks was  DJ Mathematics. 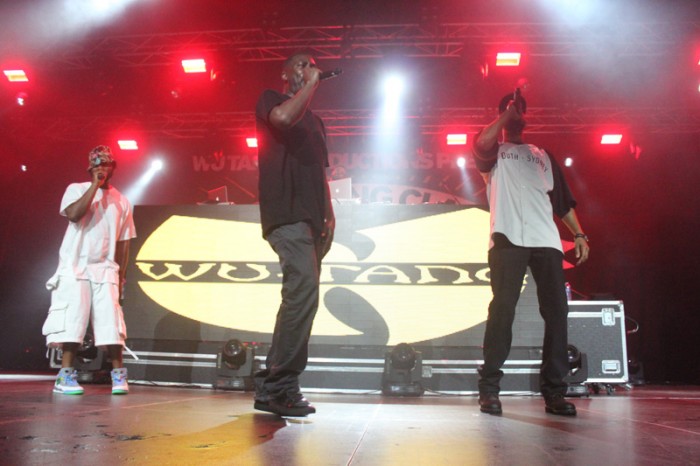 The warm up artists for the night were Nico Ghost and Ivan Ooze and keeping the beats pumping between the sets was Dj JuÑor, i made in time to catch some of Ivan Ooze and so had  quite a few others his energy was fantastic and his rhymes tight even givings us a sneak peek at a track that he said Ghostface had been in the studio the day before rapping on, Woo thats pretty impressive i thought and something for fans to be on the look out for when it drops. 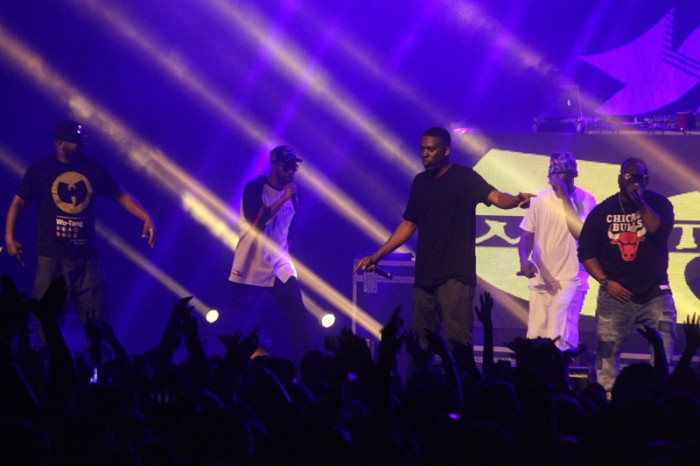 The lights go dim out steps RZA wearing a South Sydney baseball style jersey he sprays a bootle of champagne and boom we get straight into Bring Da Ruckus straight off there 93 debut album Enter the Wu Tang. From this point on its nothing but hits as the Clan flow from song to another compacting there set. 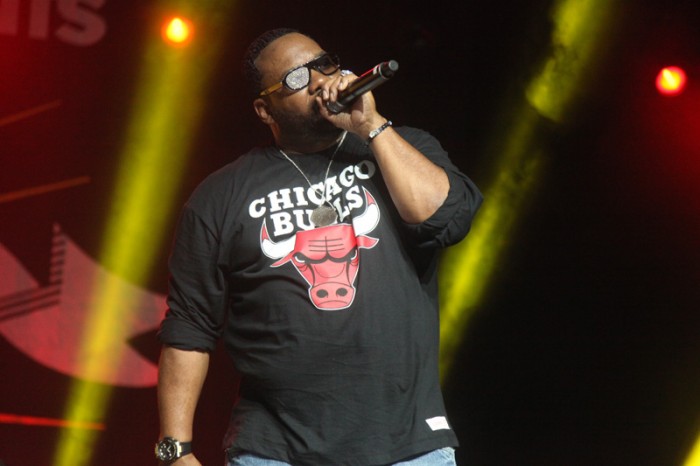 Tracks like Clan in Da front, Wu tang Ain’t Nothing To Fuck With and Shame On a Nigga had the place pumping with chicks on shoulders the bass vibrating right through me, there was the whole crowd sweating it up in the Horden moving from front to back side to side, iron fists raised high and throwing up our W’s in the air we jumped humped bumped and grind to show our appreciation. 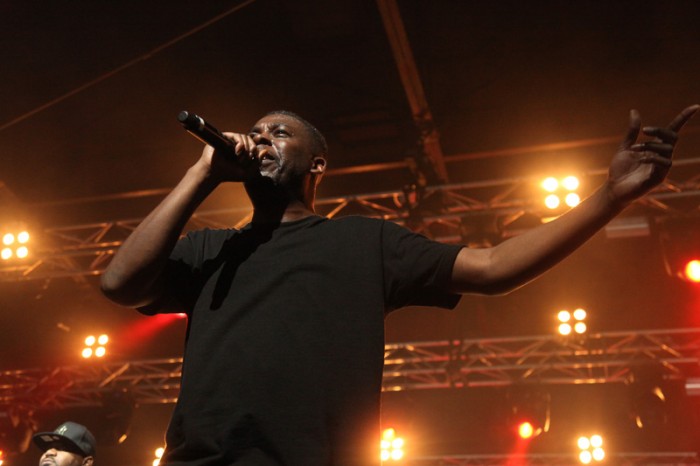 RZA free flows were highlights in between tracks and it was RZA who did most of the talking during the night he lets us know that the struggle is real and with that we all get very  vocal  yelling Cash Rules Everything Around Me ! C.R.E.A.M , Tearz and  can it be all so simple take it a step back. 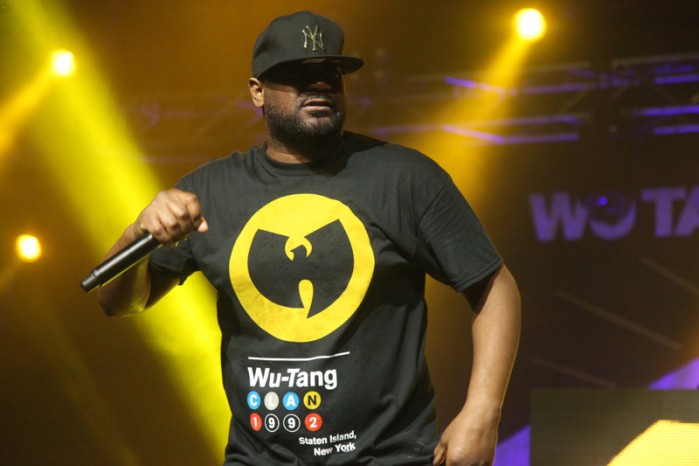 If you have never heard The Wu Tang Clan cover the Beatles Come Together then you have truly missed out on something special but that wasn’t the only cover of the night. ‘Music is the energy that brings us all together an no matter what style it is we haft to bring respect to it‘ says RZA he stops to pay respect to some fallen artist most notably the late great David Bowie, Dj Mathematics cranks out Smells like Teen Spirit which was well received we also get tracks from Biggie Smalls and original clan member Ole Dirty Bastard. 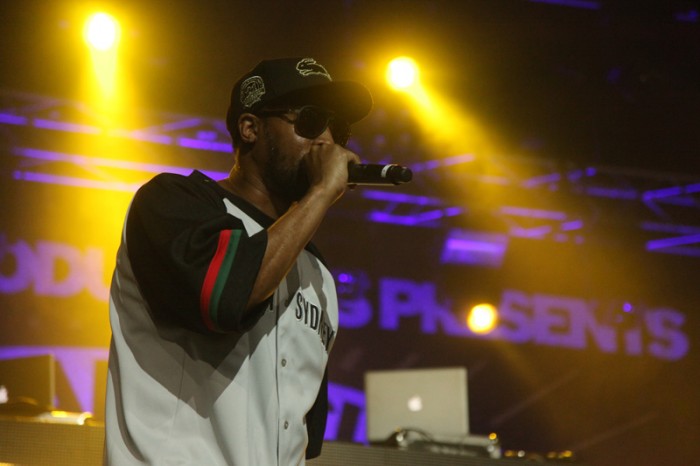 Not being content with just playing there own hits we also get Duel of the Iron Mike, 4th Chamber and Liquid Swords from GZA solo works. The rest of the set plays out with Killah Hills and Protect Your Neck which the crowd goes wild on. I check my watch and realise Wu Tang have been on stage for almost an hour and a half there is no encore instead we move straight into Gravel pit followed by Method man and end it all with Triumph, Dj Mathematics show cases his awesome skill set by kicking off his shoes and turning the tables with his feet. Before the night is over RZA weighs in our Sydney’s current crazy lock out laws saying “We heard y’all got some new laws,We going to to get these laws changed for y’all.” lets hope so. 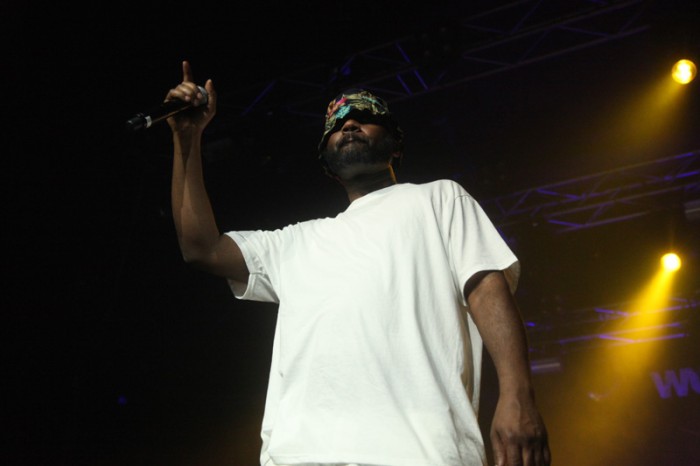 Hip hop may have its birth in the burrows of NY and spread its self across the coast of USA but it is a style of music that can bring us all together and Wu tang being the supreme example of how good music, great performances make for one kick ass evening.