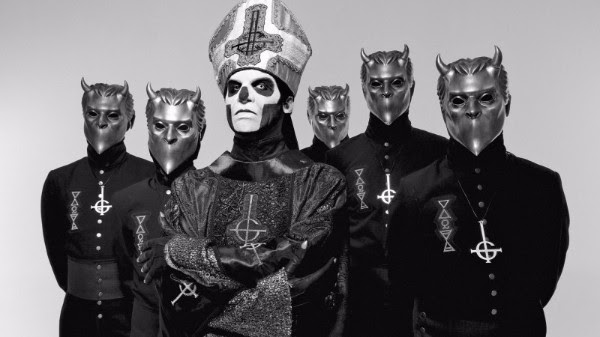 Papa Emeritus III and his nameless ghouls were awarded a Grammy® Award earlier this year for ‘Best Metal Performance’ for their song “Cirice”, featured on their most recent album Meliora, which was released Worldwide on August 21, 2015 and debuted in the Top 10 (#8) on Billboard’s Top 200 Album Chart, not to mention various charts worldwide.

The band capped off a landmark 2015 with their U.S. late night television debut on the Late Show with Stephen Colbert’s Halloween show on CBS with a rousing performance of their offering “Cirice”, which reached the No. 3 at radio at Active Rock and Mainstream Rock. Entertainment Weekly (US) declared them “one of the most exciting bands on the worldwide hard rock stage.”

[MESSAGE FROM THE CLERGY]… “We wish to inform you that Sister Imperator has spoken and the masses must be summoned. As our mission continues, nothing has been toppled. Rituals begin this Friday.”