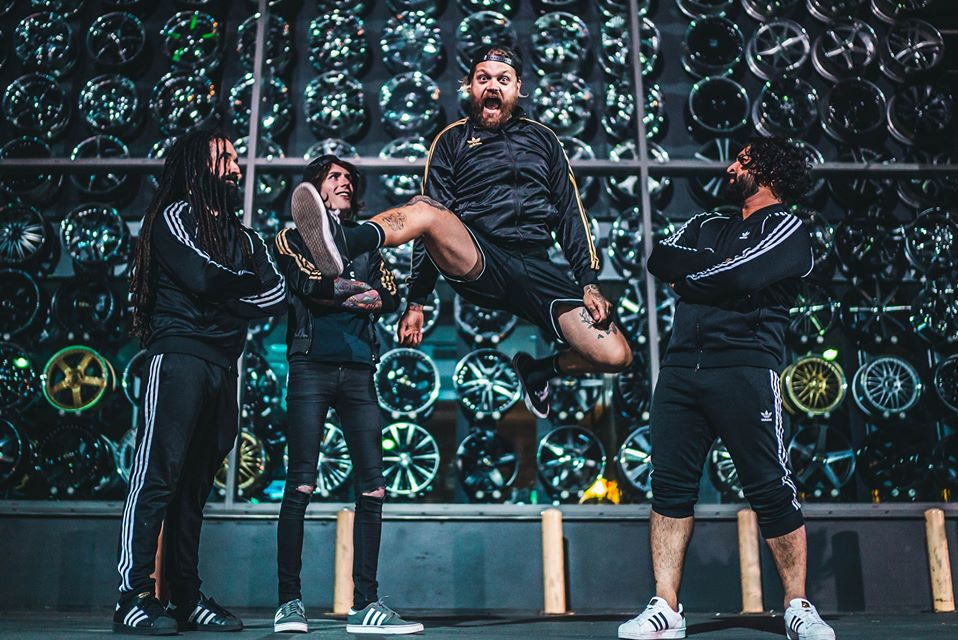 Opening with an infectious and searing guitar riff, ‘Drifter’ swiftly kicks into gear with its monstrous rhythmic section, as the compelling vocals of front man Josh Cottreau soar effortlessly above. The track maintains a roaring consistency, never swaying from its relentless energy.

Cottreau describes the motivation behind ‘Drifter’:

“Drifter is about making the realisation that your value doesn’t decrease based on someone else’s inability to see your worth. It’s about dealing with depression and anxiety as a result of your surroundings and making a change for the better. Being a drifter doesn’t mean you’re running away from your problems, sometimes it means going it alone and finding a better state of being”.

After the cancellation of their originally planned East-Coast tour, the band have announced three live-streamed performances on YouTube to coincide with the release.

In the coming weeks FANGZ will reveal an accompanying music video for ‘Drifter’.

‘Drifter’ will be available worldwide on Friday March 27