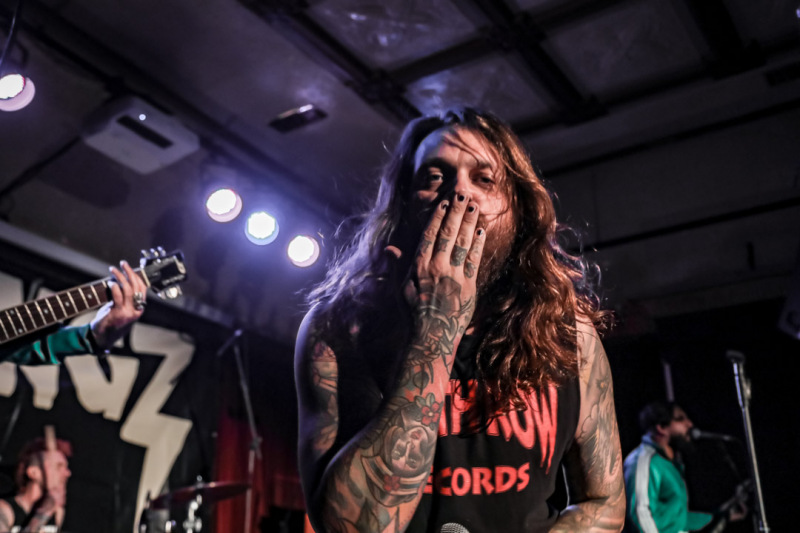 No, it’s not an April Fools joke… tonight, live heavy music is back in Katoomba. Sydney based punk rockers; FANGZ, celebrating the release of their new EP ‘Falling Is Pretty Normal’. The band are currently touring around Australia, but tonight it’s the Blue Mountains’ turn to experience the wildness of a FANGZ live show.

Opening the night were metal locals Naugrim & Celestial Oath, which help set the tone of the night while the bar line was flowing. Next up on stage were the main support, Downgirl. These all-female soul punk queens delivered a furious set full of attitude-driven originals.

After a short break, the time had finally come for the headline act, FANGZ, to ba-rock the room. The set had everything you’d hope for from a FANGZ show, including beer spraying everywhere, cartwheels & signature green tracksuits. Fan favourites ‘Won’t Be Me‘ and ‘Who Are We Now’, were highlights of the night. The boys even did a high-energy cover of The Hives’ ‘Hate To Say I Told You So’ which had the crowd roaring.

This was SCENEzine’s first ever coverage of a Katoomba show, and I’ve gotta say, the Blue Mountains know how to rock!

(FANGZ to our photographer Christian Ross for capturing these wild shots)