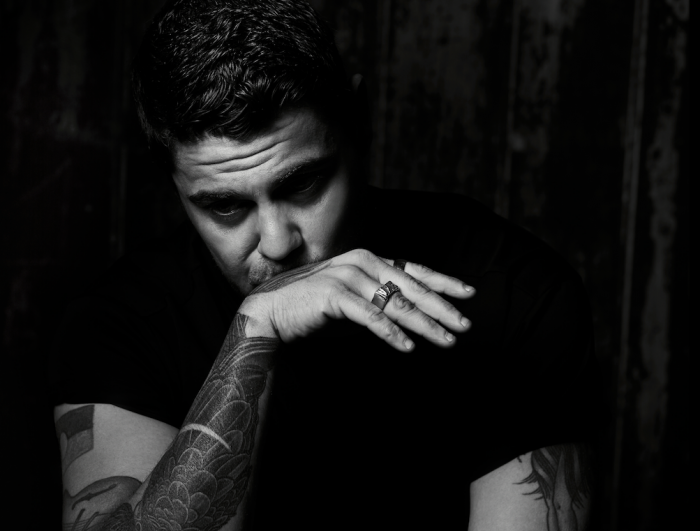 Almost a year to the day since his last run of live shows, Dan Sultan will be hitting the road this November for a national tour taking in headline shows in Brisbane, Adelaide, Melbourne and Sydney, and as part of Fremantle Festival.

The announcement comes with a first taste of new music from the indigenous Australian singer/songwriter’s highly anticipated fourth LP which is due for release in 2017. Titled ‘Magnetic’  the teaser alludes to a seemingly new direction for Sultan. ‘Magnetic’ is a fierce attack of soul-pop, as interested in delivering unfiltered emotion as it is a charging chorus.

“It’s about having too much of a good thing,” Sultan says, explaining the song’s lyrics. “It’s about excess, basically, in all its forms. But it’s also about getting older, and about being more comfortable in my own skin.” But fans will have to wait just a little while longer to hear the full track which the single being released later this month.

Not content to ride the coattails of his third Gold-accredited record, Blackbird, which earned him the 2014 ARIA Award for Best Rock Album, as well as a slew of NIMA and AIR gongs, Sultan’s new record will see the artist take inspiration from the innovative pop landscape to take his honest storytelling into unchartered territory.

Sultan’s live shows are well known either for their electric, almost tangible high energy or touching soulful intimacy – depending on the style of performance. The ‘Magnetic’ Tour will see Sultan in full band mode giving audiences a taste of his new material as well as a selection from his rollicking catalogue including fan favourites ‘Under Your Skin’, ’Kimberley Calling’ and ‘Old Fitzroy’.

Dan Sultan will be supported by two very special guests on the ‘Magnetic’ Tour (except for Fremantle Festival) – Caiti Baker and Morgan Bain. Singer Caiti Baker whose new single ‘Heavy On My Heart’ shines light on her influences across blues, soul, gospel, jazz, big band and rock & roll. Opening will be alternative RnB and soul singer and multi-instrumentalist, Morgan Bain. His most recent release ‘Summed It Up’ showcases Bain’s incredibly soulful voice.

Keep an eye out for more to come from Dan Sultan with the full release of the ‘Magnetic’ track later this month along with details of his forthcoming album. Don’t miss the man at the top of his game on the ‘Magnetic’ Tour.

Tickets on sale from 9amlocal time, Fri 16 Sep
and available at
dansultan.com