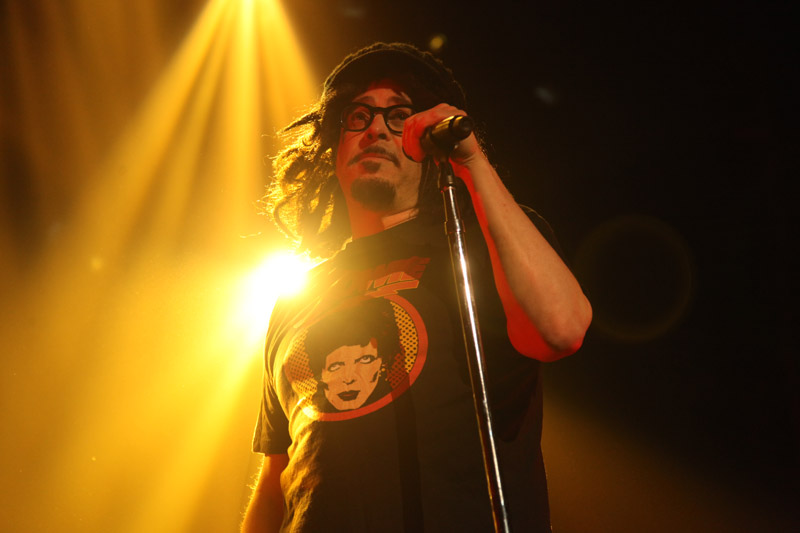 When most people think about Counting Crows a flood of 90’s rock nostalgia memories come to mind. Whilst yes this is true they were are a seminal part of the 90’s radio rock scene they have also kept releasing quality albums and touring the globe.

It was a cold Autumn night as the rugged up crowd began to enter Sydney’s iconic State theatre for the first night of Counting crows two Sydney shows. The shows are sideshows for the bands appearance at Byron Bay’s Blues and Roots festival. Managing to play two sideshows to large venues even though most other acts are doing sideshows the same week speaks volumes of Counting Crows loyal fan base.

First on stage to warm up the crows was Australian singer songwriter Ben Salter. With just himself a spotlight, guitar and mic he helped to ease the respectful crowd into the night. His songs involved storytelling through his alternative indie pop style. To grace such an iconic stage before an equally iconic band would of been daunting for anyone but Ben seemed to flow through his set just like he was playing an intimate bar. 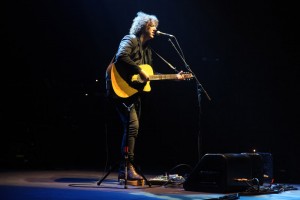 After a short break the majestic venue began to fill up to what had to be capacity as the houselights began to dim to cheers from the crowd anticipating the arrival of Counting Crows. As the lights went down this being my first time seeing them I couldn’t help but wonder, what would they play and how would they sound live.

The band kicked into “Sullivan street” while singer Adam Duritz walked onto stage to huge cheers from the crowd as both band and audience seemed equally excited for what the night may bring. From the first few guitar chords strummed to drum beats played the sound was incredible. Adam’s voice was amazing and came across with a warmth that can only be felt live. From the sound to the mood setting glow of the stage lights I could tell we were in for a good night. 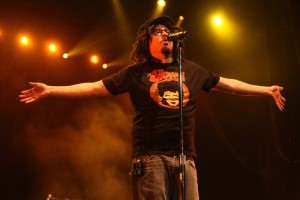 Next they flowed into “Scarecrow and then the sing along hit “Hard candy” which transported me back to 2002 and was obviously familiar to the large crowd also. Adam’s voice has a unique unmistakable tone and the ability to captivate you through his lyrical themes and Americana storytelling. Counting Crows though is on no way just about Adam as every member is a brilliant musician in their own right.

The personal absolute highlight came for me when they slowed things down to play “Colorblind” with the low purple lighting and haunting piano this will be forever etched in my memory. The song itself was used in the late 90’s film Cruel Intentions during an emotional climatic scene. This is a song that I never thought I would hear live but whilst hearing it memories of the film and my initial love of the song came to mind. Then Adam took me out of my memories and back to the stage to hear every vocal note echo through the Theatre.

Counting Crows are no strangers to trying their hand at covers and the night delivered quite a few. Giving us “Start again’ by Teenage Fanclub. “You aint goin nowhere” by Bob Dylan and “Friend of the devil” by Grateful Dead. All covers sounded great and for the unknowing they could of easily been mistaken for Counting Crows classic rock songs. 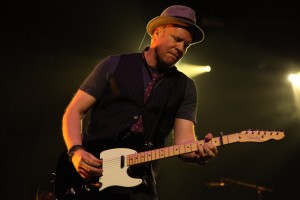 Some real Americana was evident in the form of “Omaha” with its lyrical themes and twang transporting the audience on to an American road trip of sorts. “Time and time again” was another great crowd sing along and if you weren’t sipping on some American whisky while singing then you still felt intoxicated by the music.

“A long December” is not only a crowd favourite but is a song that helps define Counting Crows sound. It sounded perfect as the piano intro started and Adam comforted us lyrically with “maybe this year will be better than the last”. Just like the album it came from August and everything after this song has stood the test of time.

After playing “Murder of one/Doris Day” the band left the stage to huge cheers from the crowd as people started to leave their seats to fill up the front section. Soon the entire venue was on their feet applauding in wait of Counting Crows return to the stage for the encore. After a night so far of 18 great songs I was curious as so what they would finish the show with. 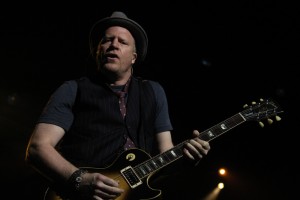 Counting crows came back onto the stage with the trumpet leading us into “Palisades park” from their latest album Somewhere Under Wonderland. This is an over 9 minute song which helps to showcase all of Counting crows talents whilst encompassing its signature rock sound. Conjuring up feelings over American summertime.
They then followed with an early career classic “Rain king” which had he crowd singing in approval as Adam flittered through the vocal melody with precision.

Lastly they finished the show with “Holiday in Spain” from the Hard Candy album. This was flawless live and was like Counting Crows giving us a musical postcard for a memory of a night the band and audience will long remember. The song speaks of lost love and new loves. Which in a way helps describe Counting Crows as they have songs you may have loved from the past you can reminisce with and great new rocks songs to forge new memories.

Adam then thanked the audience saying how much they love Australia and explaining “don’t worry we will be back soon we love it here”. Then through the PA “California dreaming” came on as the band sang along whilst walking off stage as the audience applauded and cheered. 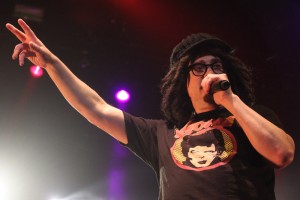 Now although I had witnessed something truly special by a band that sounds even better live than recorded and was able to tick them off my bucket list I couldn’t help but notice they didn’t play the song that made them a household name worldwide. The song that can be heard in countless bars around the world and is a 90’s radio rock anthem “Mr Jones” was missing from the set. As I left the venue into the cold Sydney night air I had decided to myself to hold off on writing this review to compare setlists for the following nights show.

After some setlist research on the Friday nights show they in fact did play “Mr Jones” early in their set. Which whilst sure I would of loved to of seen the iconic hit live I was happy in the fact they still play it live. They also played their signature well known cover of “Big yellow taxi” and the upbeat “Hangin around” live and it was quite a varied set from the Thursday.

Getting to see “Colorblind” live which was not in the Friday set made my evening with Counting Crows truly special and memorable. The band has a large catalogue of songs to choose from and I feel they would of been grateful for being able to showcase a variety over the 2 nights. Adam’s voice has only seemed to have gotten better with age and Counting Crows loyal fan base has stuck with them and grown from the 90’s until now. The reasons behind their success are evident in their ability to craft a song that atomically bares familiarity and lyrically connects.

Counting Crows will forever be welcome on Australian shores whether it be to stare at the beautiful women or tell each other fairytales. I guess Mr Jones knew they were always gunna be big stars…