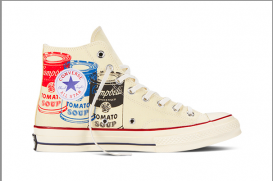 Today, Converse Inc. announces the global debut of the Spring 2015 Converse All Star Andy Warhol Collection in partnership with The Andy Warhol Foundation. Marrying Warhol’s distinct vision with the Converse Chuck Taylor All Star, the partnership between two pop culture icons celebrates creative self-expression and pays homage to the visionary artist. The new collection features bold Warhol imagery across an array of expressive Converse tees and footwear for men and women.


Hailed as the preeminent artist of the 20th century, Warhol was an iconic visionary whose legacy continues to inspire rebels and artists everywhere. He creatively merged pop culture, film, music, screen printing and performance, opening the door for millions of artists and performers. Since 1987, Warhol’s vision and creativity lives on through The Andy Warhol Foundation, who fosters innovative artistic expression by supporting work that is challenging and experimental in nature. To help further the non-profit’s mission for the advancement of the visual arts, a portion of the proceeds from the Converse All Star Andy Warhol collection will support The Andy Warhol Foundation.


“With this collection, we aim to celebrate and foster the innovative artistic expression that’s intrinsic to both Converse and Andy Warhol,” said Damion Silver, Converse All Star Design Director. “Andy Warhol famously created art inspired by American pop culture icons, and was a pioneer in utilizing the Chuck Taylor All Star as a blank canvas for his work. From this shared creative history grew our collaboration with Warhol.”


“The Foundation is delighted to celebrate the launch of the Converse Andy Warhol Collection and proud to announce that a portion of the proceeds will support The Foundation’s endowment from which it has distributed nearly $250M in grants supporting contemporary visual arts,” said Michael Hermann of The Andy Warhol Foundation. “This unique collaboration honours the artist’s enduring legacy which inspires us to ignore convention and proudly be whatever we want to be.”


The Spring 2015 Converse Chuck Taylor Andy Sneaker and Apparel Collection will be available for purchase starting Thursday January 29 at from the Converse Melbourne Central Flagship Store, converse.com.au and other selected retailers. 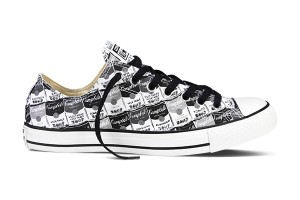 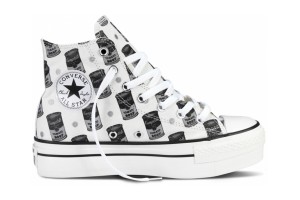 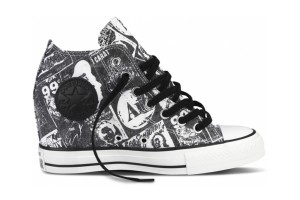 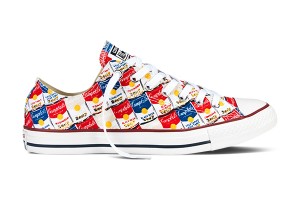 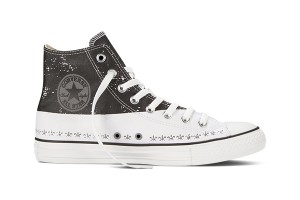 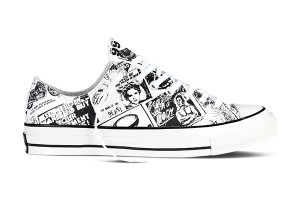 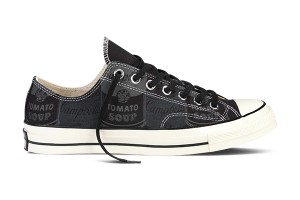