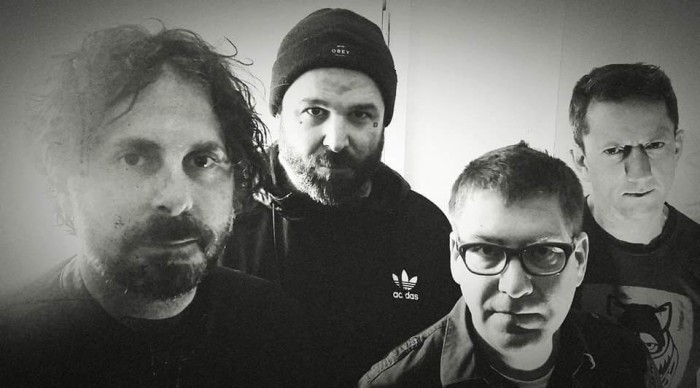 Originally formed in 1996 by members of the bands Good Riddance, Fury 66, and The Lonely Kings, COERCION 96 has recently reformed after a 20-year hiatus and has completed recording a 4 song E.P. titled “Exit Wounds” due out July 1st, 2016 on Bird Attack Records.

“Exit Wounds”, which was produced/engineered by the legendary Michael Rosen (Rancid, AFI, Testament, Vio-lence) also features Tony Palermo from the band Papa Roach on the drums. Old school souls come together to create something unlike anything you’ve ever heard.

The band says, “Indelible fate brought the band back together to complete a musical vision which was born 20 years ago. Born of fire, COERCION 96 encapsulates a unique mix of heavy, driving, angst ridden rock music. Expressive, engaging and relatable to anyone who likes hard edged, intoxicating music.”