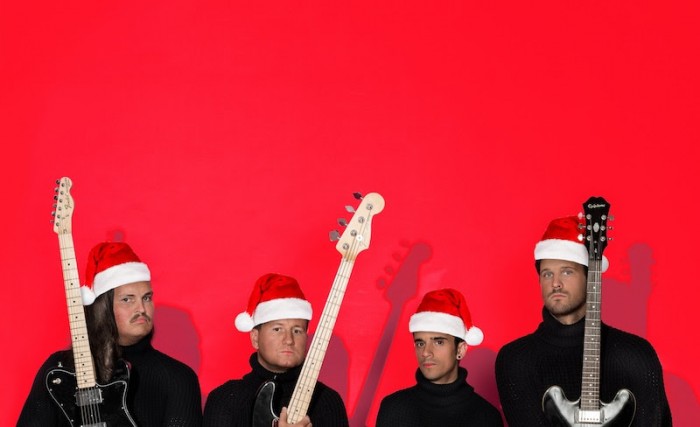 Hot off their first national tour in ages with Massachusetts emo-dudes The Hotelier and a killer slot at the Poison City Weekender, Melbourne’s beloved CERES have announced their fourth annual Christmas show!

Forget your awkward work Christmas party, the free drinks aren’t worth it. This is the place to stock up on good yuletide feels. Usually going down in the sweaty confines of the Grace Darling basement, this time the shindig moves down the road to Abbotsford Convent’s THE SHADOW ELECTRIC. Basically, it’s the perfect place to drink a summer beer (or lemonade) and watch some of Melbourne’s best acts of the punk and rock variety. Friday December 18th, so close enough to the big day to be thoroughly over Mariah Carey’s Christmas album.

Joining the festivities will be Melbourne duo SLOWLY SLOWLY, who’ve been getting some serious love from triple j recently with their dreamy Jimmy Eat World/Built To Spill inspired alt-pop tunes. And bringing sweet, sweet melodious heartbreaker emo vibes are locals KISSING BOOTH, who are such good dudes they all recently shaved their heads for charity. Keeping the vibe at maximum all night long will be DJ T-Bone Blazin’.

This shindig ALWAYS sells out. Do not snooze. Except under air conditioning nursing a raging hangover and a whole bunch of awesome festive memories. Singalongs are imminent. 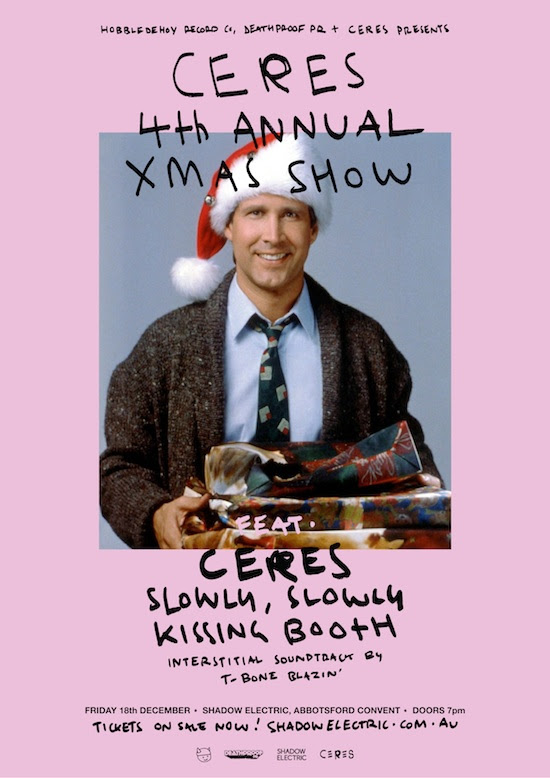