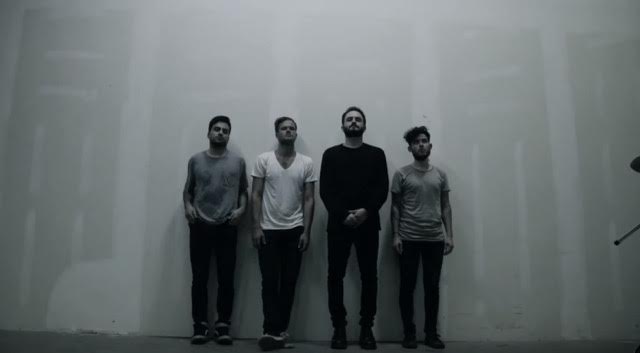 Can’t Swim has announced plans to release their EP, Death Deserves A Name, on February 26.
The band has launched a pre-order for the record debuted a new song called “Come Home,” which can be heard now at cantswim.merchnow.com.
Can’t Swim’s intensity is felt throughout Death Deserves A Name. Watch the gripping new video for their song “Your Clothes,” here:

“”Come Home” came together pretty quickly,” says vocalist/guitarist Chris “Krier” Loporto. “Originally, the chorus was much slower with a half-time rhythm, but I couldn’t quite put the whole song together. Once I sent the demo to Danny (drummer/producer) he suggested that we speed it up. The energetic pace completely changed the song and that pushed me to write a verse and bridge to match the intensity.”

The New Jersey based band was formed in early 2015 and is comprised of Loporto, Chez (guitar), Greg (bass) and Danny (drums). The group melds elements of alt-rock, pop-punk and indie rock for a unique sound that will be an impacting force on the rock scene in 2016.