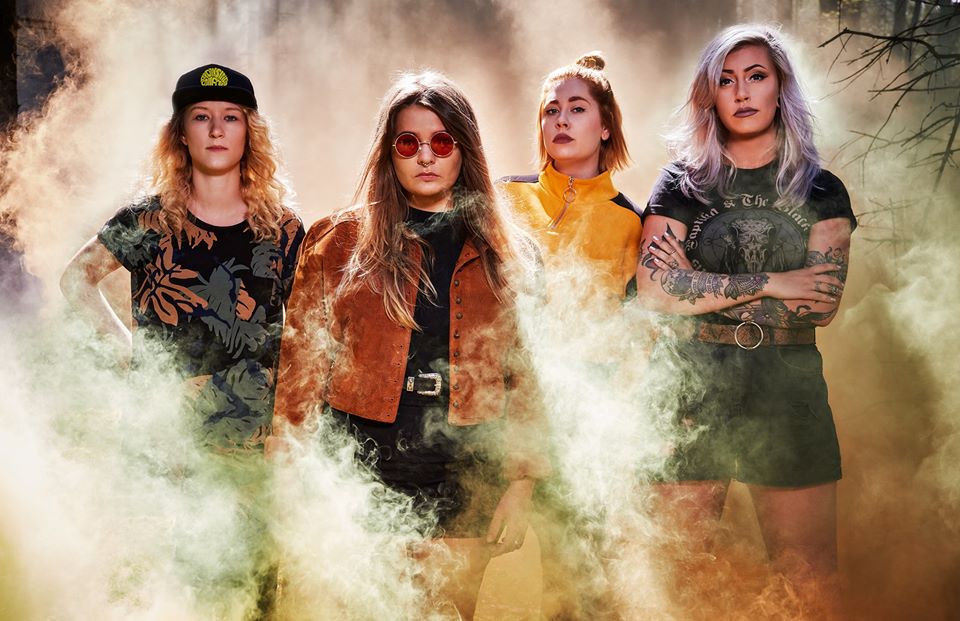 With their metal-influenced punk rock and huge drive, Browsing Collection have brought salvation to audiences from stages all over Sweden and at several of the country’s biggest music festivals. In the recent years, they have toured frequently in Europe and also made two tours in South Korea.

Browsing Collection are now releasing their second album ‘Cyber ​​Space Buffet‘ and compared to their previous album from 2015 there is now a more coherent sound and a prominent red thread in lyrics and themes. The band explains:

“First and foremost, we have definitely dared to develop our sound very much on this record. Although we have felt the same way before the previous release, it is really this time. We do not, however, claim that we have “found” our sound now, because we have already done so before, but rather that we have now pushed the boundaries and jeopardized our safe genre by being inspired by everything between blues, metal, punk, pop and hip hop. For example, the song Souls For Sale is based on a country-scented banner riff, two of the songs on the record have snortight gangsta rap, in Oh No meets the heaviest riff we wrote since we were 12 with the most friendly refrain that a hard rock band ever dared to record and At Broken Bone Blues, Carro actually never played drums, but we gave our producer Nicklas Eklund free hands to sample and program them. The whole album therefore sounds like a full-blown sound party where loud and low, hot and cold, explosive punks and stolen balloons meet to grab a bunch of beer and take over the world. And we’re so incredibly pleased. “