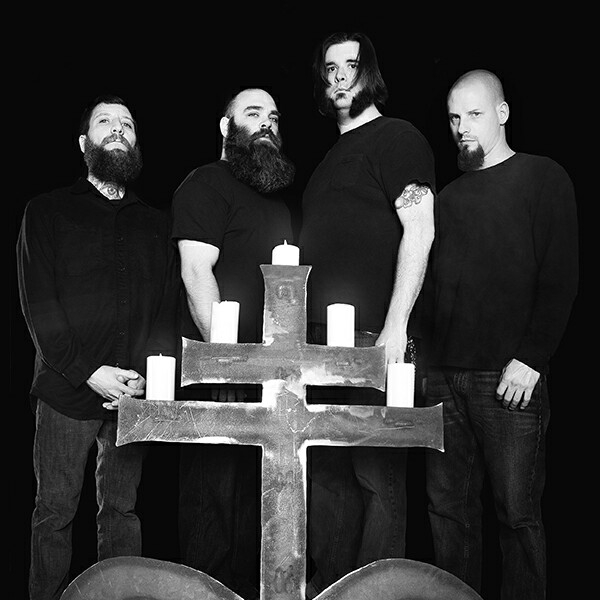 Recorded at Andrew D‘Cagna’s Sacred Sound Studios in Ohio, Black Magic was mostly written over a year period against a backdrop of candles, incense, solitude, and a thick air of ganja. The resulting record boasts gritty, groovy riffs (a la Black Sabbath, Pentagram, Led Zeppelin) with Pink Floydian psychedelic movements, and three-part vocal harmonies reminiscent of the Mamas and Papas, Yes, and The Byrds.

For a preview of Black Magic, the video for the album’s title track can be viewed below :

Inspired by the Appalachian’s darkness and mysticism (such as the Mothman, a winged creature that emerged in the ’60s; Screaming Jenny; and the Phantom of Flatwoods), the quartet’s heavy rock also pushes the atmospheric envelope when the mood fits.

Brimstone Coven explains, “What sets ‘Black Magic’ apart to me is the genuinely eerie aura it invokes. We strove for a sound that makes you feel like you’re wandering through a shroud of mist, unable to see your own hand in front of your face.
We want you to feel equally excited and creeped out, letting your imagination run wild and get the best of you.”