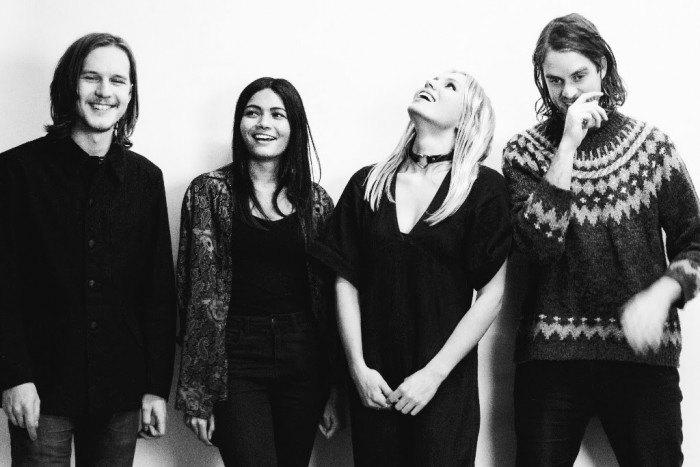 Speaking about the track’s genesis, the band’s Kacey Underwood says: “I remembered hearing a riff at a friend’s party years ago and didn’t know what song it was, but something about it stuck with me. Every now and then I’d try to capture it from memory, and that’s how it started. Lyrically, it’s mostly about wizards.”

Going into further detail, Alice Costelloe, elaborates: “We’d been working on the song for ages and knew it wasn’t quite right so we decided we needed to get out of London for a few days and we lay on the ground of this little house in the middle of nowhere for days on end just playing what we had so far of the song until we started to hear how the song was meant to be. When we came back to London the songs started flooding in, like we’d won some psychic battle in the countryside.”

‘Avalanche’ follows on from the album’s previously released title track, which won widespread acclaim for its euphoric pop highs – a stunning reinvention and reintroduction for Big Deal – which The Independent compared to a contemporary Jesus & Mary Chain.