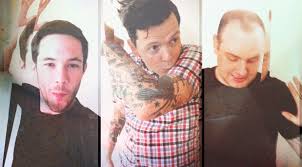 Hailed as “The best band in America” by Tim Kasher (from Cursive), Beach Slangare a band who have garnered a lot of attention considering they’ve only released two 7-inches, 2014’s Cheap Thrills On A Dead End Street and its companion Who Would Ever Want Something So Broken?

Cooking Vinyl Australia welcome the Philadelphia three piece to the roster and are thrilled to release their debut Australian release Broken Thrills on May 22. Broken Thrills compiles onto a single mini album their first two 7″ singles; “Cheap Thrills On A Dead End Street” and “Who Would Ever Want Something So Broken?”
Broken Thrillsis part punk, part pop and all catharsis, referencing the ghost of The Replacements but keeping one foot firmly rooted in the present. Evoking the spirit of punk and juxtaposing it in to something that’s as brutally honest as it is infectiously catchy, there’s something indefinable about Beach Slang’s music.

Look out for the band’s debut full-length later this year because they’re still just getting started.