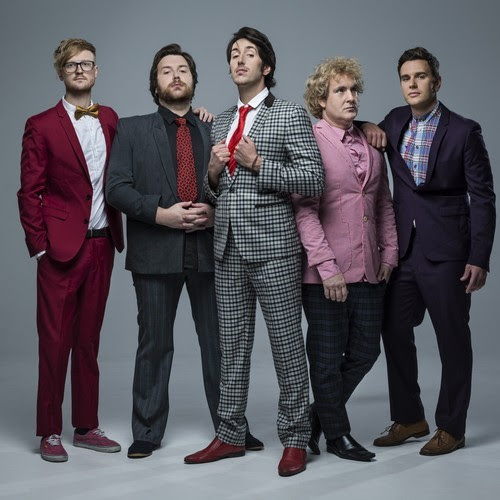 Australia’s Vaudeville Smash have today announced that they have signed with the Japanese label P-Vine Records in Tokyo.

Through P-Vine, the band will be releasing a compilation album called Disco To The World which is comprised of previous releases, together with two brand new tracks.

Vaudeville Smash will again be returning to play the Sapporo City Jazz Festival on 23rd July for a 3rd consecutive year and will be launching their new compilation album on 27th July at Star Pines in Tokyo.

Tokyo Inter FM will be premiering their new single ‘Richter Scale’ later this month prior to its release in Australia this year. The band will also be filming the video to the single whilst in Japan with Melbourne director Chris Mitchell before getting ready to unleash it on Australian media.

Vaudeville Smash are recording their follow up album to Dancing For The Girl and ‘Richter Scale’ will be their first official single released since their viral video to ‘Zinedine Zidane’ in 2014 which continues to amass plays worldwide and is now just short of 2.5 million hits on YouTube.

Stay tuned for the release of ‘Richter Scale’ later this year.