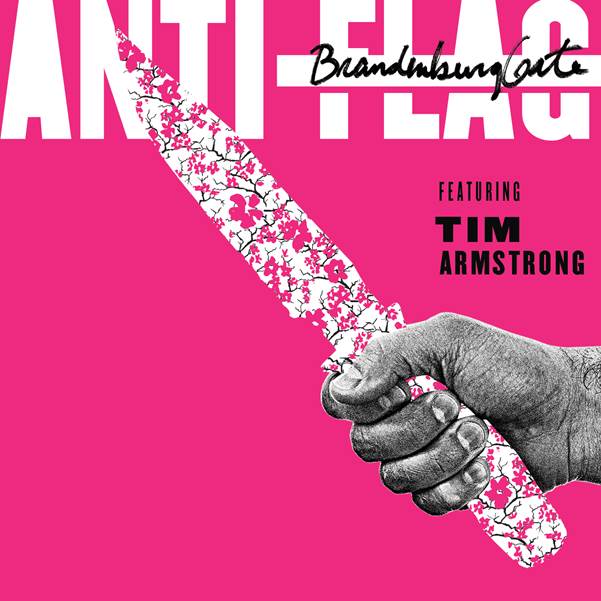 Punk rock icons Anti-Flag are less than a week away from releasing American Spring, their Spinefarm Records / Caroline Australia debut out May 22. With an appearance at Punk Rock Bowling in Las Vegas, Nevada this weekend, and much more touring on the horizon, these vets are as vital, as motivated, and as active as ever, addressing issues that most bands won’t touch, from fracking to veganism to corporatocracy.

Today, the band premieres its video for “Brandenburg Gate” via VEVO.

The song features a guest vocal from another punk legend—Tim Armstrong of Rancid. Armstrong also appears in the video. Performance footage is spliced alongside a plotline where two youngsters get together, hatch a plan, and… well, you have to watch to see what happens next.

“A culture indoctrinated with violence will see and fear violence even when there is none. Activism is not a competition. Art doesn’t have to be safe. Revolution doesn’t have to be bloody. Change comes from people, not politicians,” said the band about the video.

The band is also on the road for a tour that will keep it on the road through the release of the album.