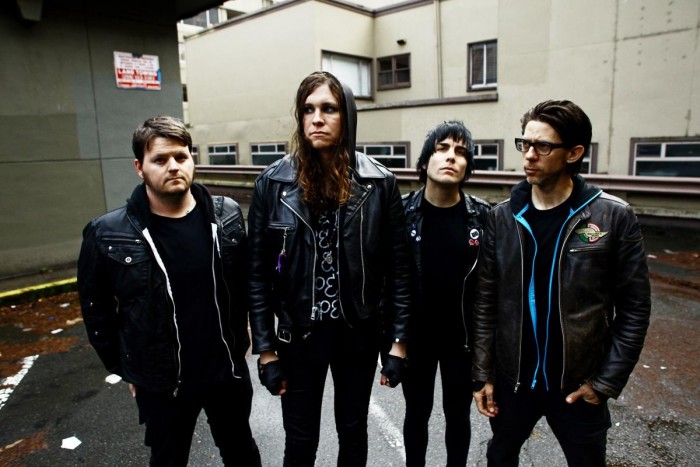 Celebrated American rock band AGAINST ME! are excited to present the brand new music video for333 taken from its highly anticipated forthcoming studio album titled .

Directed by Ione Skye and starring her friend of 20 years, Natasha Lyonne of Orange Is The New Black, as well as Welsh actor Andrew Howard who plays an electric, 1960s-inspired husband, the video for 333 illuminates a push/pull relationship between repression and free sexuality that speaks for the tension found within the song itself. “This project attracted a lot of talented people: an incredible director of photography, producer, costume designer, editor and set designer,” Skye mentions. “I felt very supported and inspired.”

Being released on the band’s label Total Treble via Cooking Vinyl Australia and serving as the follow up to the band’s critically acclaimed studio album, Transgender Dysphoria Blues, Shape Shift With Me is now available for pre-order ahead of it’s Friday 16 September release.

PRE-ORDER SHAPE SHIFT WITH ME HERE AND RECEIVE 333 AND CRASH AS AN INSTANT DOWNLOAD.

Shape Shift With Me is a loose concept album about traveling the world and falling in and out of love, with Grace serving as the narrator. But even though she was opening herself up to new songwriting topics, she knew what her mission was from the start.

“Is there a record that is about relationships from a trans perspective?” she asks rhetorically. “There needs to be more records about trans rights and everything like that, but feeling like I already did that, I wanted to move on to write commentary on living from a trans perspective. I wanted to write the transgender response to the Rolling Stones’ Exile On Main St., Liz Phair’s Exile In Guyville and the Streets’ A Grand Don’t Come For Free. All those records are relationship records. There’s been an infinite amount of records talking about what love means from a cisgender perspective. I wanted to present the trans perspective on sex, love and heartbreak.”