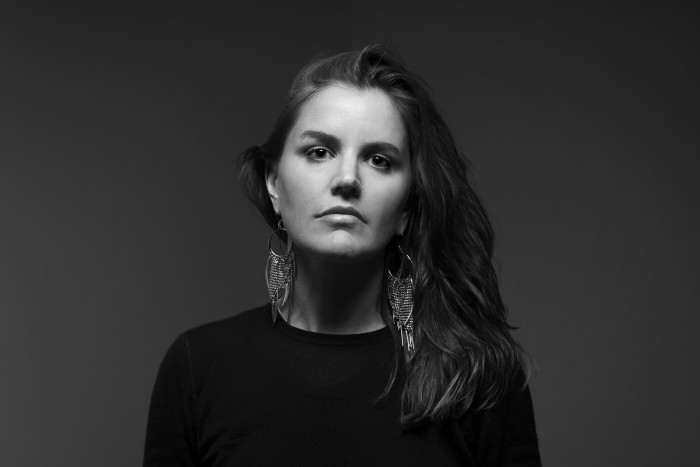 Re-emerging from a hiatus earlier this year with the catchy pop dittie ‘Are We Flirting’, Abbe May’s follow-up ‘Doomsday Clock’ unveils yet another side to her personality as she reveals yet another layer of her forthcoming album ‘Bitchcraft’ and a national tour this November/December.

The song contrasts a joyous Gospel choir (Featuring May, Joni Hogan and Odette Mercy) with striking, ominous bells that ring throughout what could be May’s most immediate single yet. May suggests there is a chance for hope offered through acknowledgment of our inevitable demise.

‘Doomsday Clock’ reveals Abbe May as an artist who is not content to stay silent in a politically conservative and oppressive environment.

“I am disturbed by the political climate in Australia. We seem to live in a country that is more concerned with #censusfail than about our government’s horrifying abuses of the human rights of refugees. We have lost our way and it bodes very badly for our future. We are being told to fear refugees by the very people we should be focusing our suspicions on – the vast majority of politicians and the big business they work for. They are the ones keeping everyone hungry. They sold us the trickle down lie. Not the refugees. History has shown how conservative governments deliberately fan the flames of the fear of the ‘other’ to keep control and to distract us. They deliberately gut funding for the arts and for education so as to keep us uninformed and therefore unarmed against their policies which are overwhelmingly geared toward creating massive class divide. This is not a time for artists to be silent. We have a job to do.”

Doomsday Clock is the second single from Abbe May’s forthcoming album “Bitchcraft”. It is released in Australia on August 26 through Luxury Cat Records.​