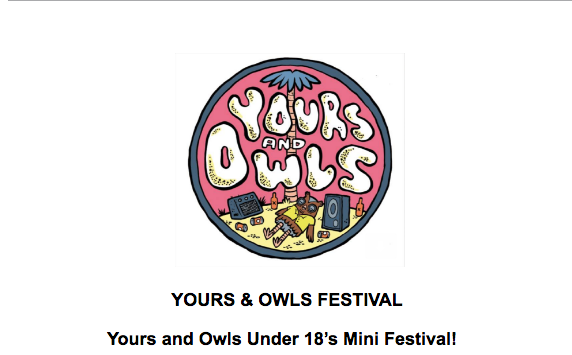 Don’t think we forgot about you, you babes born pre 1998! Yours and Owls are chucking a strictly under 18’s mini festival at Waves on Saturday October 1, that ya mum and dad aren’t invited too! With massive cross-over acts from the main festival including Hermitude, Hockey Dads, and Nicole Millar, plus some of your very own sweet acts; you’ll be getting ~ wavy ~ in the ‘gong sans ID. 1st release tickets will be $39 and will be on sale from Monday the 15th of August.

Hermitude will be the little devil on your shoulder at this year’s Y&O’s under 18’s party! 2016 has already seen the Sydney duo voted #8 on triple j’s Hottest 100 chart with single ‘The Buzz’, before playing to sell out crowds on the international Laneway tour. But it was 2015 that was the Sydney duo’s biggest year to date, owing it all to ARIA #1 album Dark Night Sweet Light, a sold out tour of Australia (including Sydney’s Hordern Pavilion) & New Zealand, not to mention a headline tour of the US, plus festival appearances at SXSW, Governor’s Ball and Lollapalooza and a not-too-shabby total of 7 ARIA nominations.

Hockey Dad’s will be at home in Wollongong and are certainly living up to their childhood pact of becoming “the greatest band… out of Windang”. Happy release day to the local legends, who released their debut EP Boronia today! Put a helmet on / wax up your board and listen to the fellas lead single ‘So Tired’, you’ll feel like Y&O’s has come early!

The first ever signees to Dune Rats’ record label Ratbag Records, Skegss are a Byron Bay trio whose music will remind you of walking bare foot and being sunburnt, with a head full of stiff hair (thanks to sea salt). Asked to describe themselves in three words, “Naïve, fun …and drunk. No, wait, idiot, band, beer”. Skegss won the triple j’s Splendour In The Grass Unearthed comp last year & released their debut EP 50 Push Ups For A Dollar, which was recorded at Rubber Tracks Converse studio in New York City last year. The lead track from the EP is the beach-ready Fun; we recommend you listen to it a minimum of 567 times before you make your way to the gong!

You may know her name from featuring on Peking Duk’s ARIA Award winning #1, triple platinum selling single ‘High’, which also reached #2 on triple j’s Hottest 100. Yet, 2016 is set to be the year Nicole Millar makes her mark as a solo artist, with the release of her second single ‘Tremble’, from her forthcoming debut EP. After cutting her touring chops with the likes of Peking Duk, RÜFÜS and The Kite String Tangle and playing this year’s Splendour In The Grass, Nicole will be rocking out with her newly revealed three-piece band.

After winning last years’ Y&O’s triple j Unearthed comp, Stanwell Park local Bec Sandridge is an official starter on this year’s festival and under 18’s line-up. Fast forward 5 years after a chance encounter with musician Passenger whilst in Edinburgh, Bec has released four EP’s, including her debut in to experimental pop In The Fog, In The Flame, named after the first track released from it. Continuing her migration from folk to self-proclaimed spaghetti disco pop, Bec has released her cheeky new single ‘You’re a Fucking Joke’, which will feature on a forthcoming 7”, via local imprint Farmer and the Owl.

Ten-pin bowling and pizza enthusiasts, Illawarra lords The Pinheads are guaranteed to rock the under 18’s hometown crowd. The Pinheads have released their debut EP I Wanna Be A Girl, which was mixed by Owen Renglis (Royal Headaches, The Grates, Straight Arrows) and features title track ‘I Want To Be A Girl’ & ‘If I Have To Wait’. You’ve been warned, the local lads will scare and swoon you, you won’t know whether to run, dance or scream. But either way their spell will have you falling in love and howling for more.

Exclusive to our under 18 bash, The VANNS will be playing their signature delicious guitar-driven rock tunes, including their brand spanking new single ‘Skinny Legs’. The guys have promised to give y’all a preview of their yet-to-released EP that was recorded by Nathen Sheehy (Bids of Tokyo/ Dune Rats). No stranger to the stage, The VANNS have relentlessly toured Australia over the last three years, playing over 250 shows and cementing their reputation as one of the hardest working bands on the flattest and most dangerous continent on earth!

From one beach town to another, Newcastle local James Crooks is coming in hawt playing his unique blend of hip-hop, alternative and electro swag. Little is known about this this man of mystery, he prefers to let his music do the talking! Crooks dropped his debut single ‘Naturally’ that features Paige IV and it’s a banger! Can’t wait to see it come to life only at our Y&O’s Under 18’s gig.

Limited tickets are still available to this year’s Yours and Owls festival! 1ST release tickets have now sold out, 2 ND release tickets are on sale now. It’s time to get planning your road trip down south! Yours & Owls will be taking place over the NSW Labour Day long weekend (1st and 2nd October), across two sun-soaked days at Stuart Park near the North Wollongong Beach.

Yours & Owls Under 18’s Mini Festival

Tickets on sale at 9am on Monday August 15th via moshtix & yoursandowls.com.au

Yours and Owls 2nd and 3rd release tickets on sale now via moshtix & yoursandowls.com.au 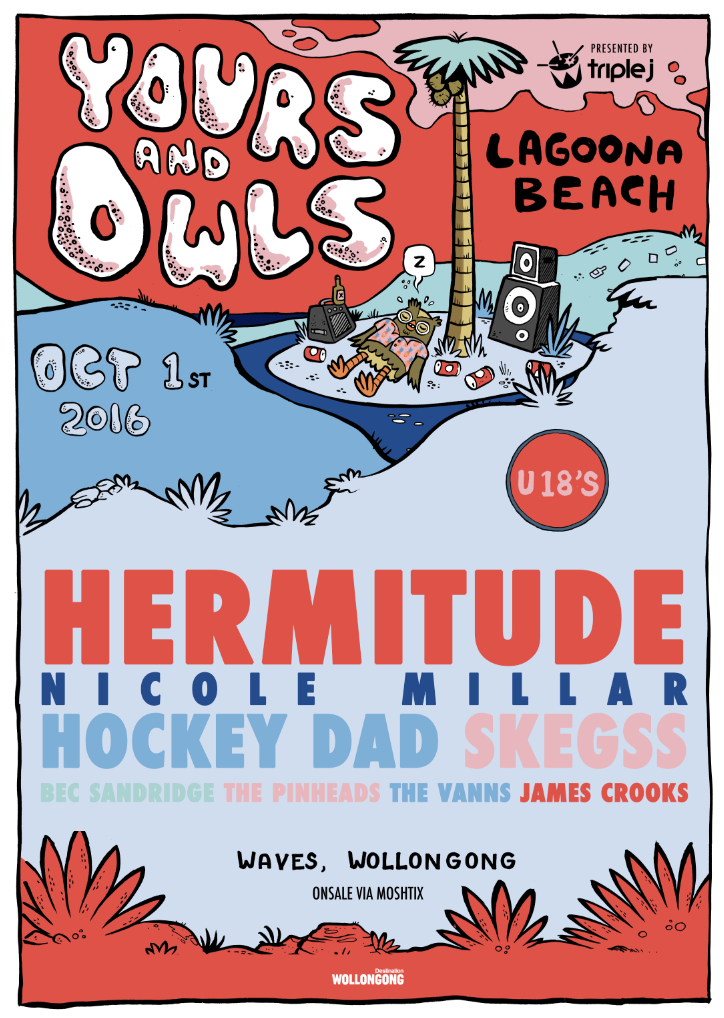