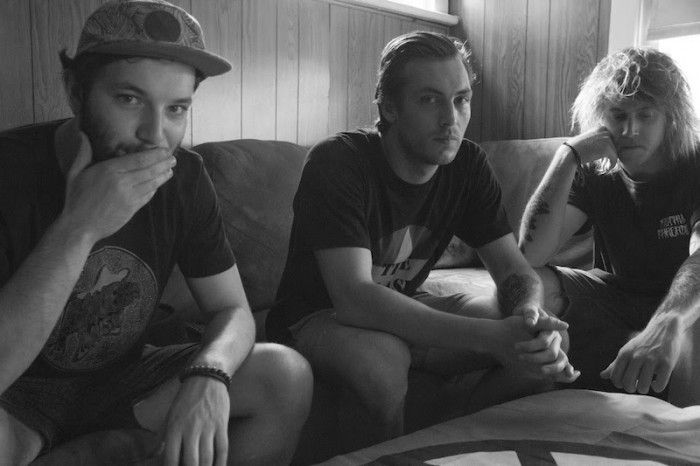 Young Offenders charge in with new video and single  ‘I’m not coming back’. It is pumped up with a charming swagger not usually seen amongst popular Australian rock acts these days, YOUNG OFFENDERS imbue the ghosts of Brit punk and rock past with a enticing new vigour. This is glaringly obvious on offensively catchy new single ‘I’m Not Coming Back’.

Adeladian upstarts Kyle, Anthony and Leigh were raised on the intoxicating lo-fi sounds of the early 2000’s indie rock resurgence. But they’ve also delved deep into the gold mine of classic 70’s and  80’s Brit punk. However, this well worn formula feels fresh and thrilling in the hands of Young Offenders, and this is never more clear than in the visceral live shows that have seen them tour nationally. Young Offenders’ collective passion lights a fire beneath their energetic guitar work and velvety vocal ditties. This cacophony of influences coalesces perfectly in new single ‘I’m Not Coming Back’, which sonically references the meandering guitar work of early Libertines, the effortless raffish cheek of Arctic Monkeys and the urgency of The Clash. The single is available FREE at the band’s Bandcamp, Soundcloud and Triple J Unearthed pages.

Stark and in strong contrast to the bright, infectiousness of the song, the video for ‘I’m Not Coming Back’ is a black and white homage to classic Brit punk videos. A traipse through grim back streets toward unnerving, atmospheric climax…

WATCH ‘I’M NOT COMING BACK’ HERE:

Despite Young Offenders’ knack for a melody and making a riot on the road, there is an inverse, more thoughtful dimension to this act. This makes them distinct from the current raft of party bands doing the rounds locally. Wearing their social and political concerns on their collective musical sleeves, fierce lyrical commentary exposes the absurdity of modern lifestyles and the slow ebbing away of personal privacy. Young Offenders have also lent their voices to various fundraisers for the Strummer Foundation and local socialist organisations. These lads are not simply delinquents. They believe firmly in the power of the people.

Having earned enthusiastic nods from current punk faves The Bennies, and shared stages with the likes of Dead Kennedys, The Cribs and The Exploited of late, it’s clear these boys are honing some serious punk rock pedigree. Making music is their #1 personal priority, proof these boys are not messing around.