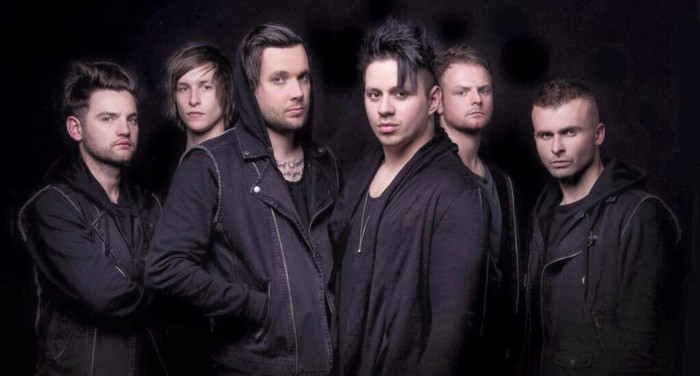 In a scene where many of their peers in the UK have chosen to tone down their sound in the hope of commercial success, Yashin remain true to their alternative roots, and with all 6 members pulling in the same direction, put forward their most intense offering to date.

Following the independent release of 2010’s “Put Your Hands Where I Can See Them”, Yashin‘s most recent full-length release, 2012’s crowd funded “We Created a Monster”, sent shockwaves throughout the UK & Europe for the young band from Glasgow, Scotland, gaining them a place on tours with Papa Roach, Black Veil Brides, and Limp Bizkit.

The band brought 2015 to an epic close with their single ‘Dorothy Gale’, marking their heaviest release to date, not to mention a full UK tour in support of Skindred & Crossfaith, culminating at London’s Brixton Academy.

“The Renegades” is a 12-track, rollercoaster featuring heavy riffs, big hooks and bursting with melody. Recorded in the summer of 2015 in York, at InnerSound Studio’s with Joe / Sam Graves (Asking Alexandria, ESTK), “The Renegades” was mixed and mastered in Arizona by industry pioneer Joey Sturgis.

Watch the video of ‘Dorothy Gale’:

The Renegades is available for pre order now!
https://itunes.apple.com/au/album/the-renegades/id1063725549