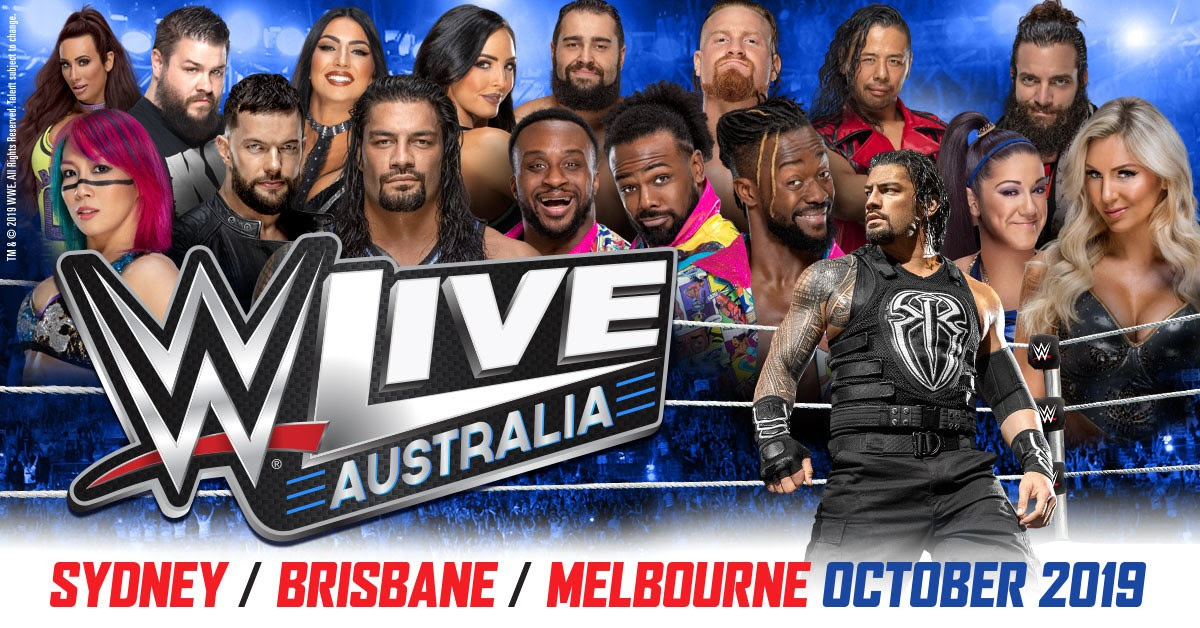 MELBOURNE, Australia and STAMFORD, Conn., May 22, 2019 – WWE LIVE will return to Australia with events on Monday, October 21 at Qudos Bank Arena in Sydney, Tuesday, October 22 at Brisbane Entertainment Centre in Brisbane and Wednesday, October 23 at Rod Laver Arena in Melbourne, presented in partnership with TEG Dainty.

Tickets for WWE LIVE Australia go on sale at 10am Tuesday May 28 from ticketek.com.au

“After the thrilling WWE Super Show-Down at the iconic MCG in Melbourne last year where more than 70,000 fans witnessed one of the biggest sports and entertainment events of the decade, Australia is ecstatic to welcome back WWE LIVE for three live events this October,” said Paul Dainty, President & CEO of TEG Dainty. “TEG Dainty is committed to continuing to bring WWE back to Australia and is thrilled to host WWE Superstars from SmackDown Live this year.”

Tickets for WWE LIVE Australia go on sale at 10am Tuesday May 28 from ticketek.com.au