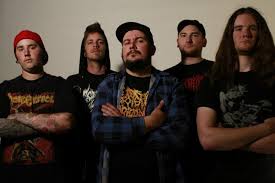 Watch the lyric video for Never Tear Us Apart:

Whoretopsy have been keenly active since their 2011 inception; with a full length album and 2 EPs already under their belt, Whoretopsy are set to release their 2nd full length album “Never Tear Us Apart” through Vicious Instinct Records in late August 2015.

After sharing the stage with death metal greats such as Dying Fetus, Origin, Decapitated, Suffocation, Obituary, Kataklysm and Cannibal Corpse, performing at Indonesia’s Hammersonic Festival and Thailand’s Bangkok Deathfest, and recently completing a leg of the Australian Psycroptic tour alongside Goatwhore and Disentomb, Whoretopsy are ready to slam their way across the country as a headlining act to promote their new album release.

Whoretopsy’s unique spin on slamming death metal is sure to have audiences banging their heads, laughing somewhat guiltily or fleeing with fear, perhaps all of the above, but the one guaranteed outcome is that people will remember the name. 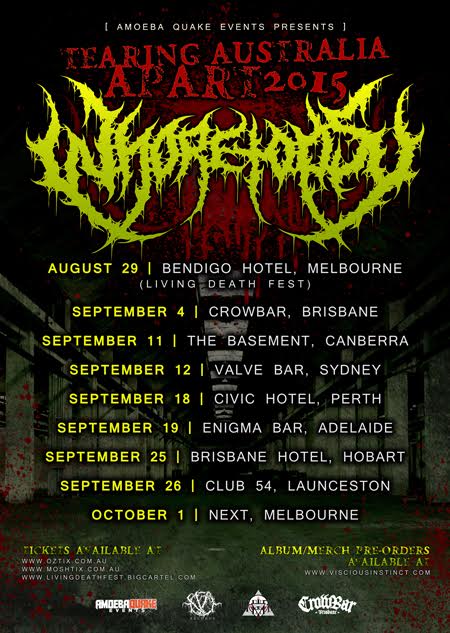