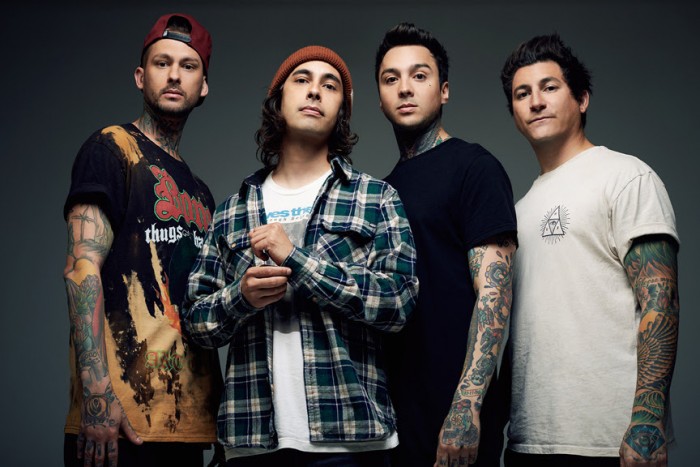 Pierce The Veil, one of the hottest breaking bands in the alternative/rock world today exclusively the Circles music video exclusively on MTV. The video’s concept is loosely based on the 1991 feature film “Nothing But Trouble” that was directed and written by Dan Aykroyd and starred Chevy Chase, John Candy and Aykroyd. PTV is on tour, on the road, their bus pulls up to their hotel for the night, and the second thoughts about this hotel start immediately. The hotel’s bar serves drinks laced with snakes, bugs, eyeballs, and other animal parts, the hotel rooms are decorated in “crazy” – rooms full of mirrors. rooms full of rotting food, rooms full of skeletons and mystery stains. San Francisco morning radio host and former MTV VJ Matt Pinfield plays a featured role as an obsessed and very creepy old man.

The San Diego natives are making an eagerly-awaited return to Australia in August to celebrate the release of their highly anticipated album, Misadventures, touring nationally with special guests Silverstein, Beartooth and Storm the Sky joining them on all dates. See tour dates below.