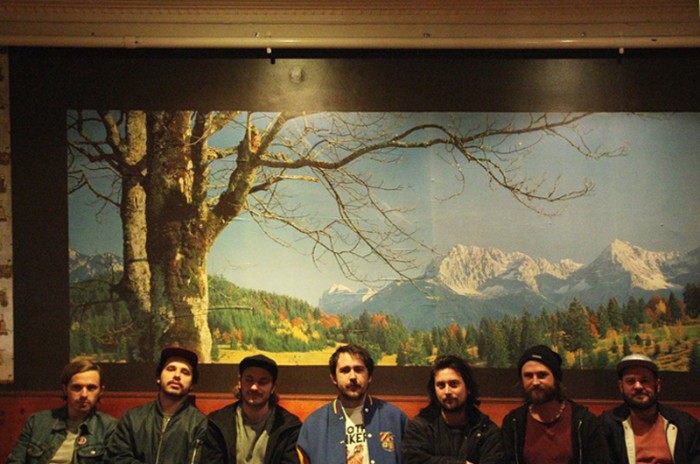 It’s a grizzly night in Dapto and the scent of desperation is so thick in the air that you can almost see it. Still, heading down to have a punt is a pastime that has somehow grown to form part of the fabric that is the ‘fair dinkum Aussie bloke’.

Dapto, more than any other track, is something of Aussie folklore. It’s played host to some historic moments, where lives have been changed and dreams have been realised. It’s also seen beers spilled and lives ruined. The dizzying heights and earth shattering lows of the punter that’s lost it all, won it back, and then lost it all again.

In truth it’s a cruel place, both for the punter and the hound. A dusty pit of despair, illuminated by the flickering neon lights of the adjoining pokies and sound-tracked by slurred murmurs of those who’ve bitten off more than they could chew.

Luck is a funny thing – nobody’s ever seen it, but everyone in Dapto thinks they have it.

“Dapto Dreaming” is an ode to Australia’s infamous racetrack, Dapto Racetrack, just south of Sydney. It’s taken from Melbourne’s Mighty Boys’ forthcoming EP, Timely Reminders; a collection of songs that together explore some of the darker elements of Australian culture. A series of tales that poke fun at, and question contemporary notions of masculinity in a country that’s always, without questioning it, celebrated the ‘bloke’. It’ll be available digitally, later this year.

Mighty Boys play this weekend, Sunday May 29, at The Curtin in Melbourne, with The Dead Heir and The Shabbab. more details here